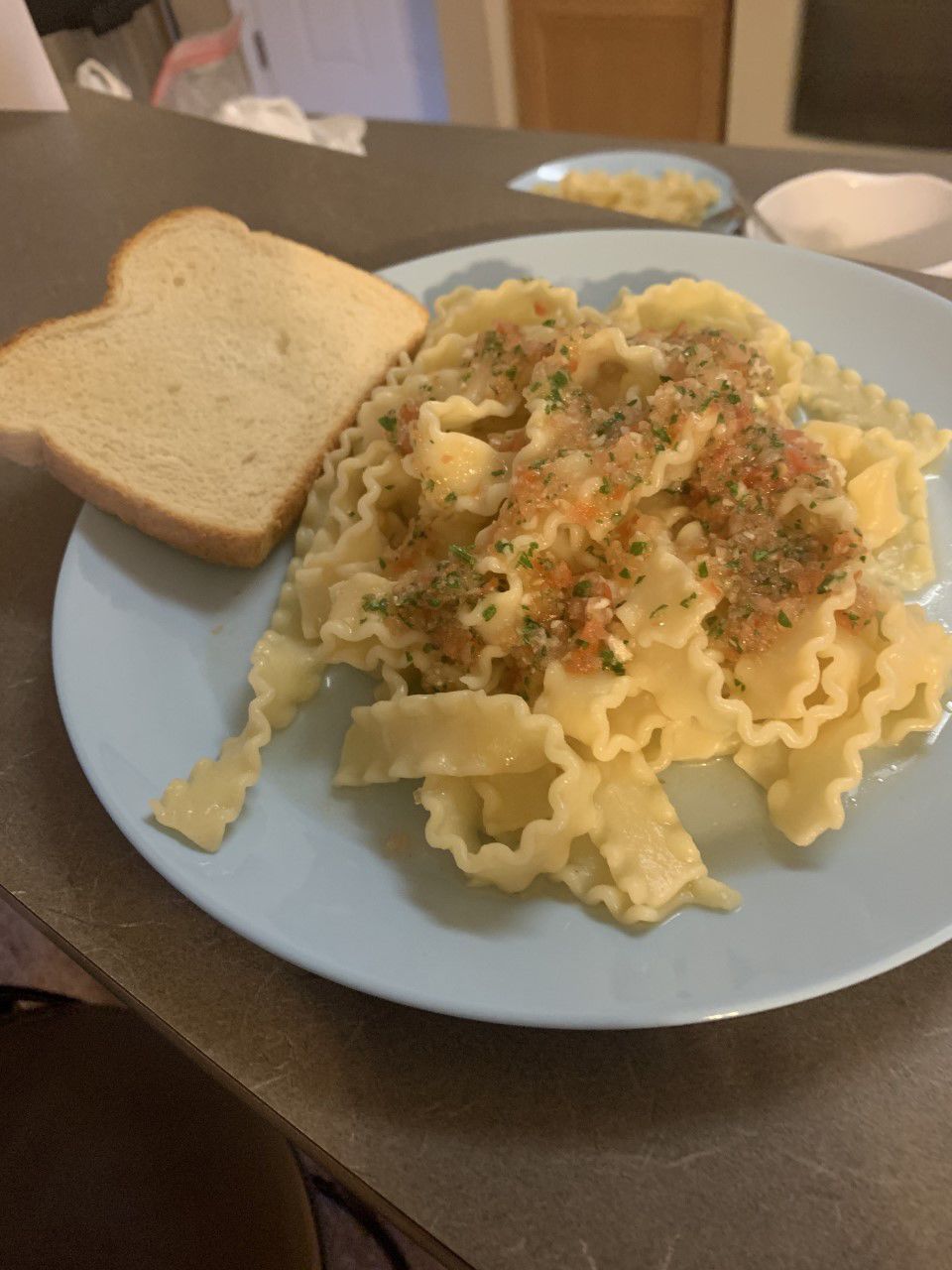 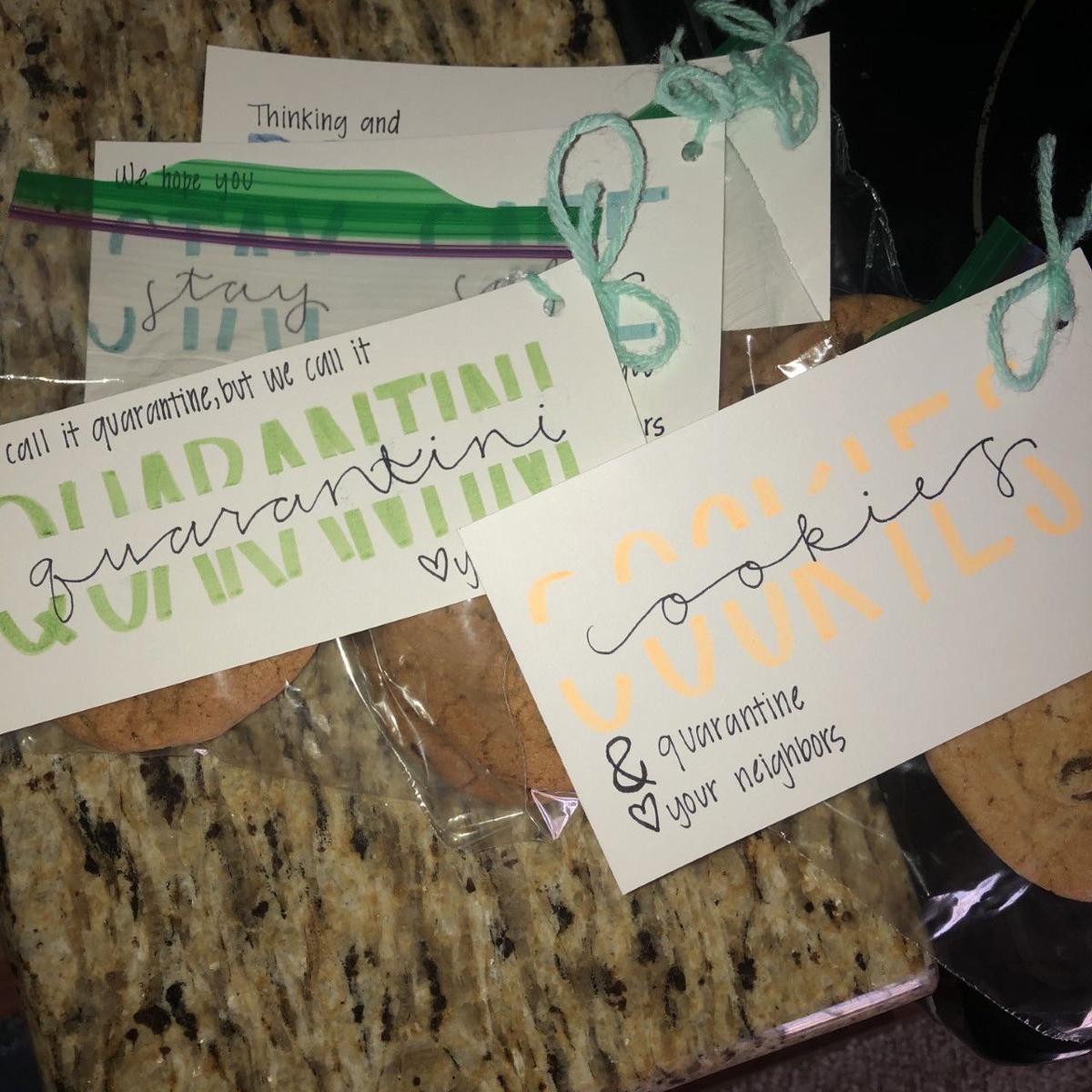 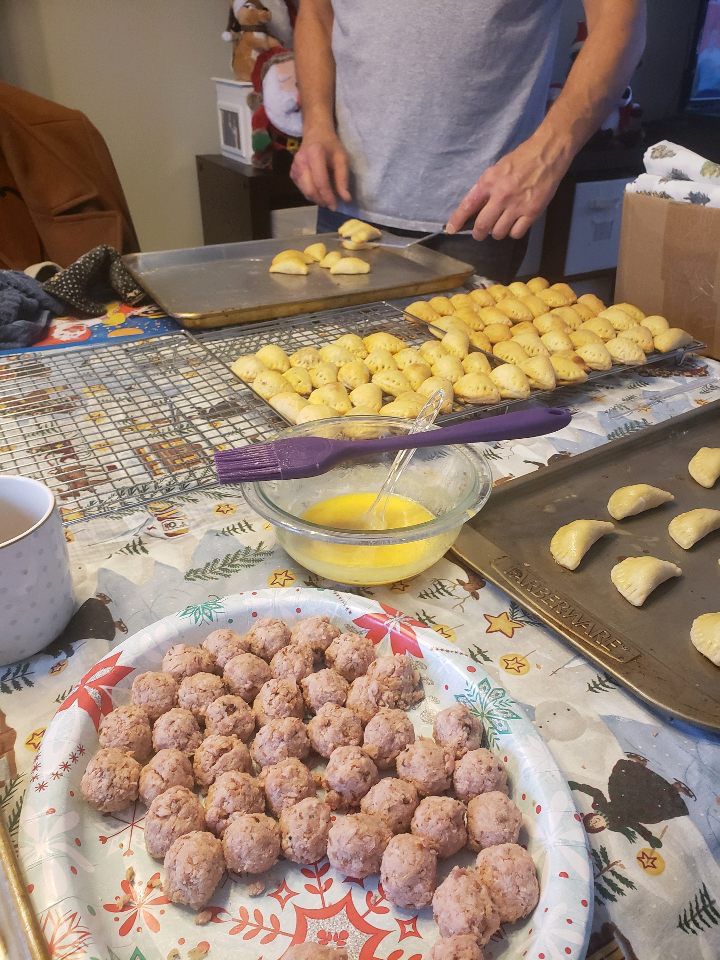 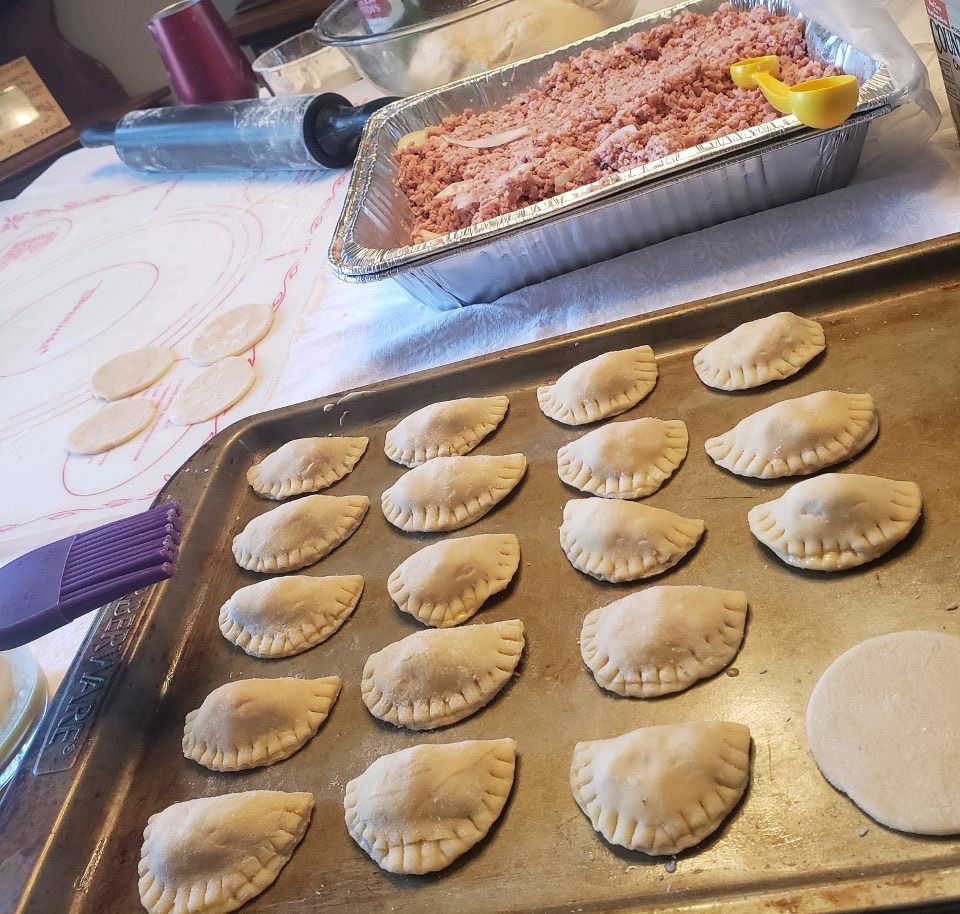 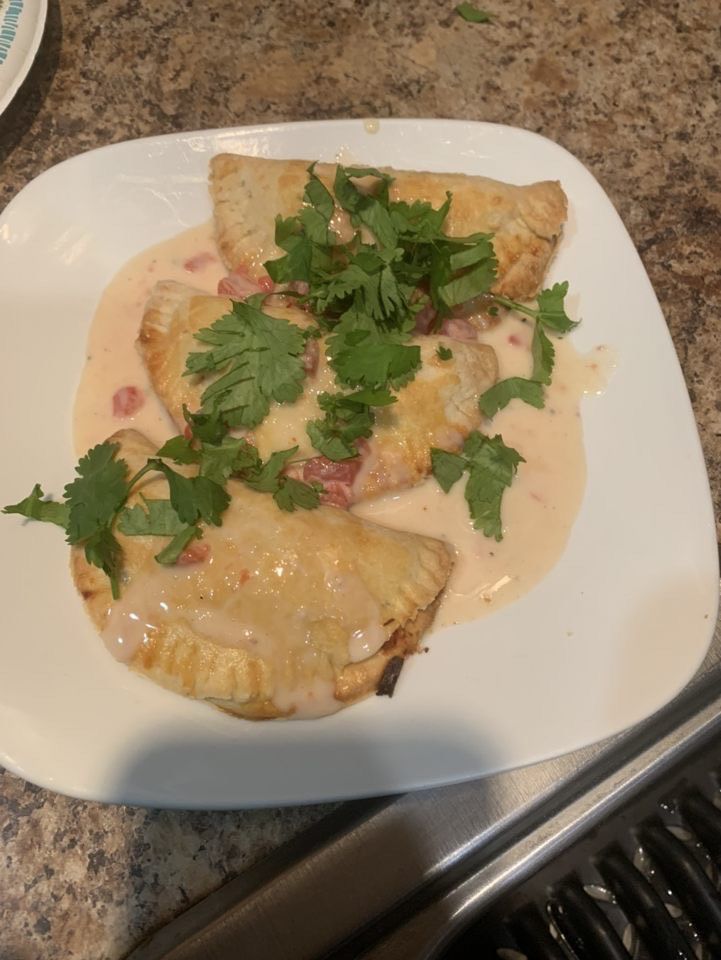 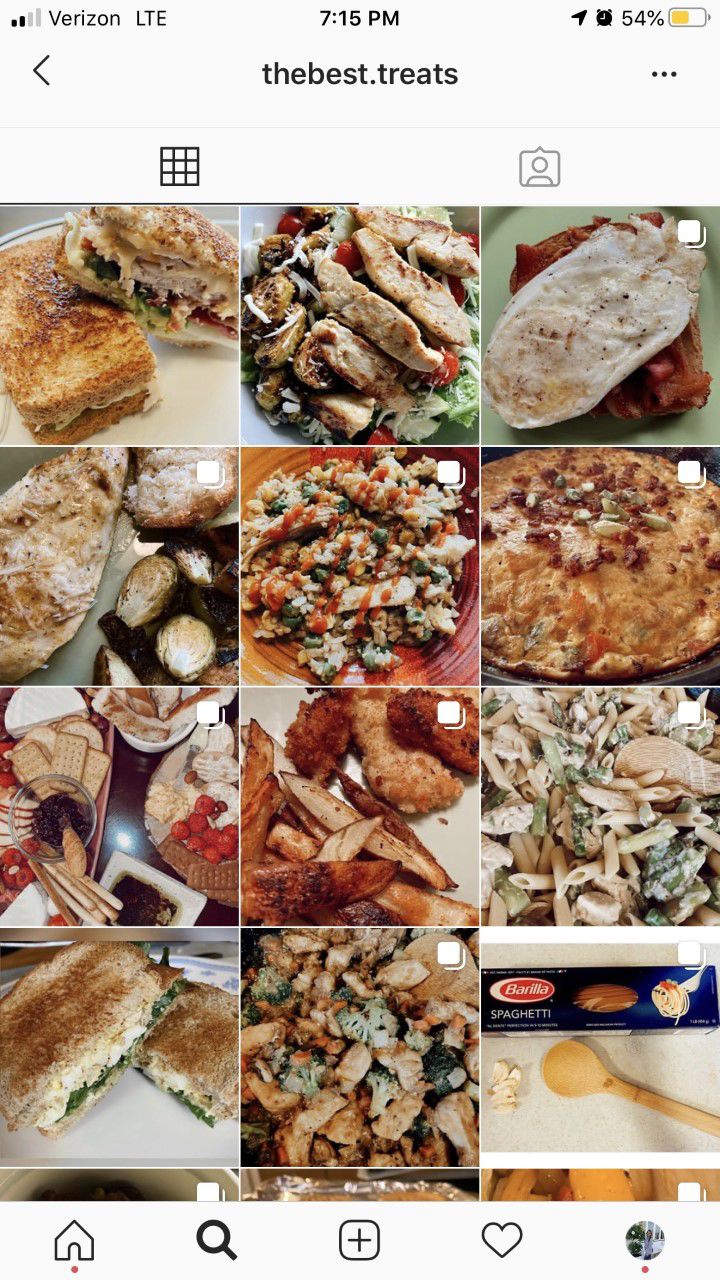 Students are utilizing their time during quarantine to find and make new recipes at home.

As everyone is stuck at home and has to eat, it makes for a good time to venture out and try new foods.

Shelby Marlow, a junior at ISU, was encouraged by her Spanish teacher to make homemade empanadas.

“The recipe I used was provided by my Spanish teacher. It wasn’t very difficult and was a lot of fun plus I used all ingredients that I could find at home. I had the option for class to make a recipe that reflected a different culture and I wanted to make one that the whole family would enjoy,” said Marlow.

After making empanadas with her family, Marlow was inspired to cook healthy foods from all over the world.

“The next food I would like to make is homemade ravioli and apple turnovers. This recipe has definitely made me want to cook more while also exploring foods from all over the world,” said Marlow.

Junior Gabby Ricketts is finding time during quarantine to bake with her cousin over FaceTime and sending positive notes to her neighbors with the goods she’s made.

“My cousin and I have been sending mail to each other, like snail mail, and we’ve sent encouraging notes as well as recipes. So on Fridays we FaceTime each other while we both make our own batch of whatever it is we make. It’s been really fun!

So far, I have made homemade chocolate chip cookies with her. It was a standard recipe so not hard at all,” said Ricketts.

Ricketts said sweets have been her go to comfort food during quarantine and has also made muffins, pancakes and cinnamon rolls.

“I actually gave some of the cookies to my neighbors this past Saturday and I attached cute notes to them. I’m just hoping to encourage those around me, even if that’s through the comfort of cookies,” Ricketts said. “Finding ingredients at the store has been challenging. Maybe because everyone else is baking during quarantine as well. It’s a great way to pass time and have fun.”

Clarissa Russel wanted to make a healthy meal using ingredients she already had and found a recipe for a “pizza.”

“I found this homemade recipe as I went online looking for recipes that used hummus because I had some that had to be used up. I wanted to make this because I like pizza but frozen pizza or fast food is not always the healthiest,” said Russell.

Nicole Babcock practiced cooking a recipe that has been in her family for multiple generations called Ham Buns.

“The ham buns have been a recipe in my family since my great grandmother, the ham bun is an all day process, but well worth the time. The ham buns are called Lithuanian Ham Buns, my great grandmother had started making them from a recipe she found, and has since made her own and has passed it down to generations. The recipe remains a secret to my family. I'm the next in line so my dad has been teaching me for the last 10 years so I can pass it on,” said Babcock.

Babcock said the ingredients are easy to find and have a sweet and savory flavor.

“The Ham buns have a nice soft and crispy dough that's sweet and buttery. It is filled with a mixture of grinded up ham, bacon, onions, and some other seasonings. We typically make these after Christmas or Easter because we use the left over ham. They are a little bigger than bite size. Every time my dad and I make them, my friends and family always are asking to have some,” said Babcock.

Britany Reynolds practiced an Italian family recipe. She said pasta is her comfort food and is something fast to make.

“The garlic sauce pasta recipe has been pasted down our family tree on my mother’s side starting in Italy and moving here to America. It is hard to gather items together for this recipe since there is a certain type of pasta you need so the juice can catch it. The kind of pasta needed isn’t easy to find in most stores,” said Reynolds.

You can now explore a 2,500 year old shipwreck

Sofi Jannazzo has been using her “foodstagram” @thebest.treats to show off her quarantine food on Instagram.

“The reason why I wanted to create a “Foodstagram” is because cooking has always been a hobby of mine, but I never really had anywhere to document it! I have always been interested and followed food pages, but I wanted my own so that I could play around with editing and food placement,” Jannazzo said. “I also love that I can share different photos of food that I make with just a few clicks! When it comes to finding meals and wanting to cook I just go with what I am feeling for the night and look at Pinterest.”

“Depending on the store I go to it can be hard to find some ingredients I have made it to a variety of grocery stores which is nice for a change, but each store has their own “6 feet policy”. One of the grocery stores I shop at called Fresh Market now has signs that you can’t enter the store unless you have a mask on. I definitely have become more cautious while shopping to make sure that I am not only keeping myself safe, but others too,” said Jannazzo.

The possibilities of making different food with things already at home are endless. Cooking during quarantine is a great way to try something new while staying safe.

Recipes for just about anything can be found on Pinterest or Google.

Garlic sauce for pasta (for 1/2 pound of pasta)

Chop these ingredients in a mini chopper.