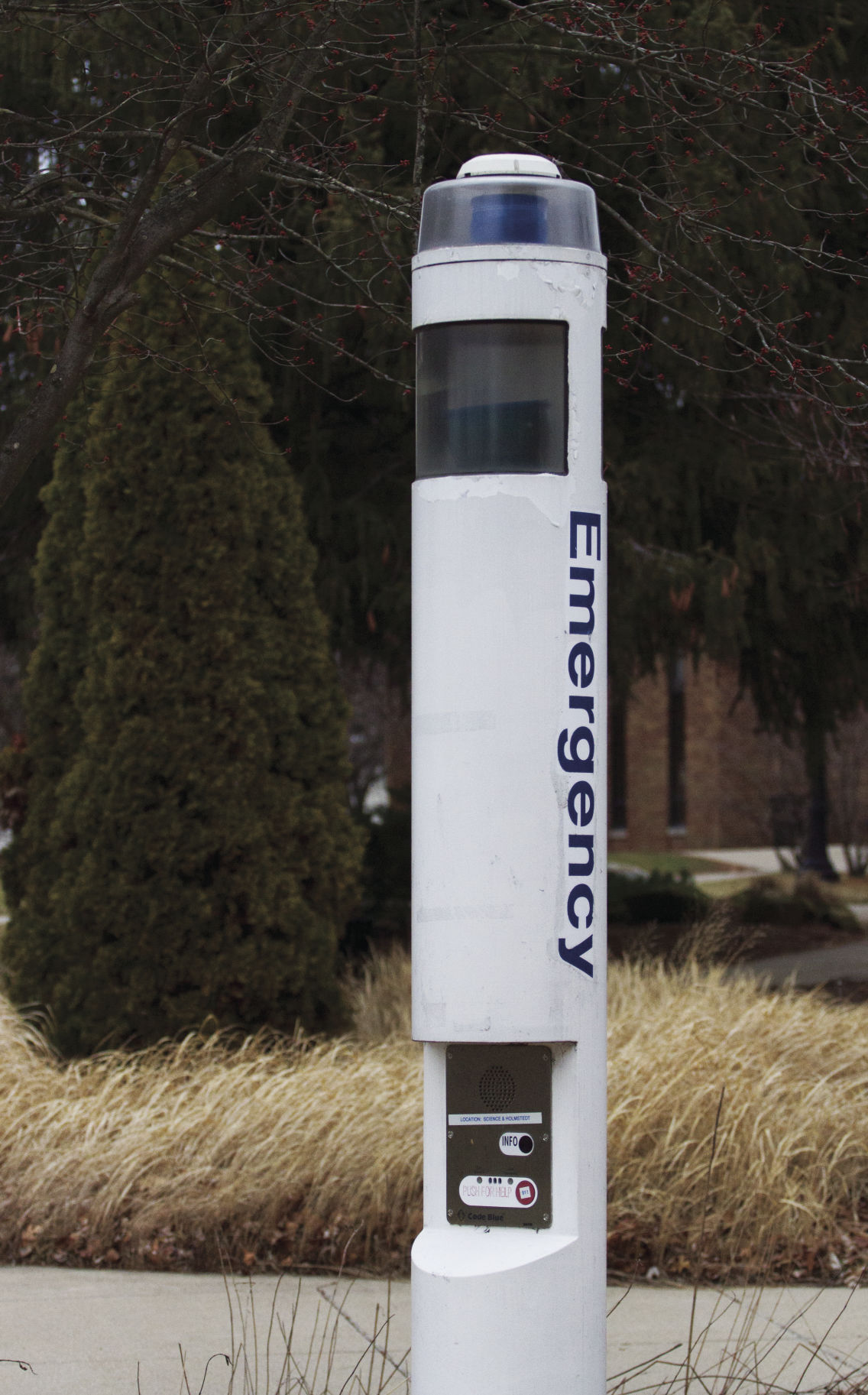 With Code Blue Light poles out of order, get the RAVE Guardian app

In some areas around campus, the emergency call buttons on the Code Blue light poles are out of order.

These Blue Light Phone Systems have a “push for help” button which dials 911 as well as Indiana State University Public Safety Department’s dispatch center. The maintenance of these buttons is regular.

“They are checked once a month, if the emergency button fails, we wrap the pole out of order.  If there is another issue, we just document it.  All issues are repaired by the Telecommunications Department,” said Lieutenant Jeff Bellinger of ISU Police.

The blue lights have been experiencing a range of issues, all of which are reported to the Telecommunications Department on campus.

“The Telecommunications Department receives the monthly checklist from our department and then assesses the problems and works to make the repairs. This sometimes involves ordering parts that need to be replaced,” said Chief of Police, Michele Barrett.

Originally, the buttons were put in various locations on Indiana State’s campus in 1999 as the primary form of emergency assistance.

“They were used far more often when they were first installed due to cell phones not being easily available. As more and more people started using cell devices, the usage of the Code Blue light poles went down,” said Lieutenant Bellinger, “They are very seldom used in this day and age, but they are still another way to contact our department in either an emergency or just for information.”

The overall consensus has been that the Blue Lights haven’t been used very often since the modern cell phone gained popularity.

“The Blue Lights are a good secondary option if someone is without a cell phone or there is no cell phone service,” Said Barrett. The call buttons offer a wide range of services outside of being a direct line of communication with the campus police.

The "Info" button can be used for non-emergency situations, such as escort requests, battery jump requests, vehicle lock-outs, and to report minor incidents.

It is encouraged that students sign up for RAVE Guardian app and install it within their phones. The RAVE Guardian app allows students to check in with those they trust to stay safe on and off campus. It also allows students to message their “guardians” that are assigned on the app, reach police in an emergency with texts that can include photos, as well as let emergency personnel see their safety profile to best help the student when in need of assistance.

There is more information on the RAVE Guardian app, how to sign up, and how to use it on Indiana State University Police webpage.