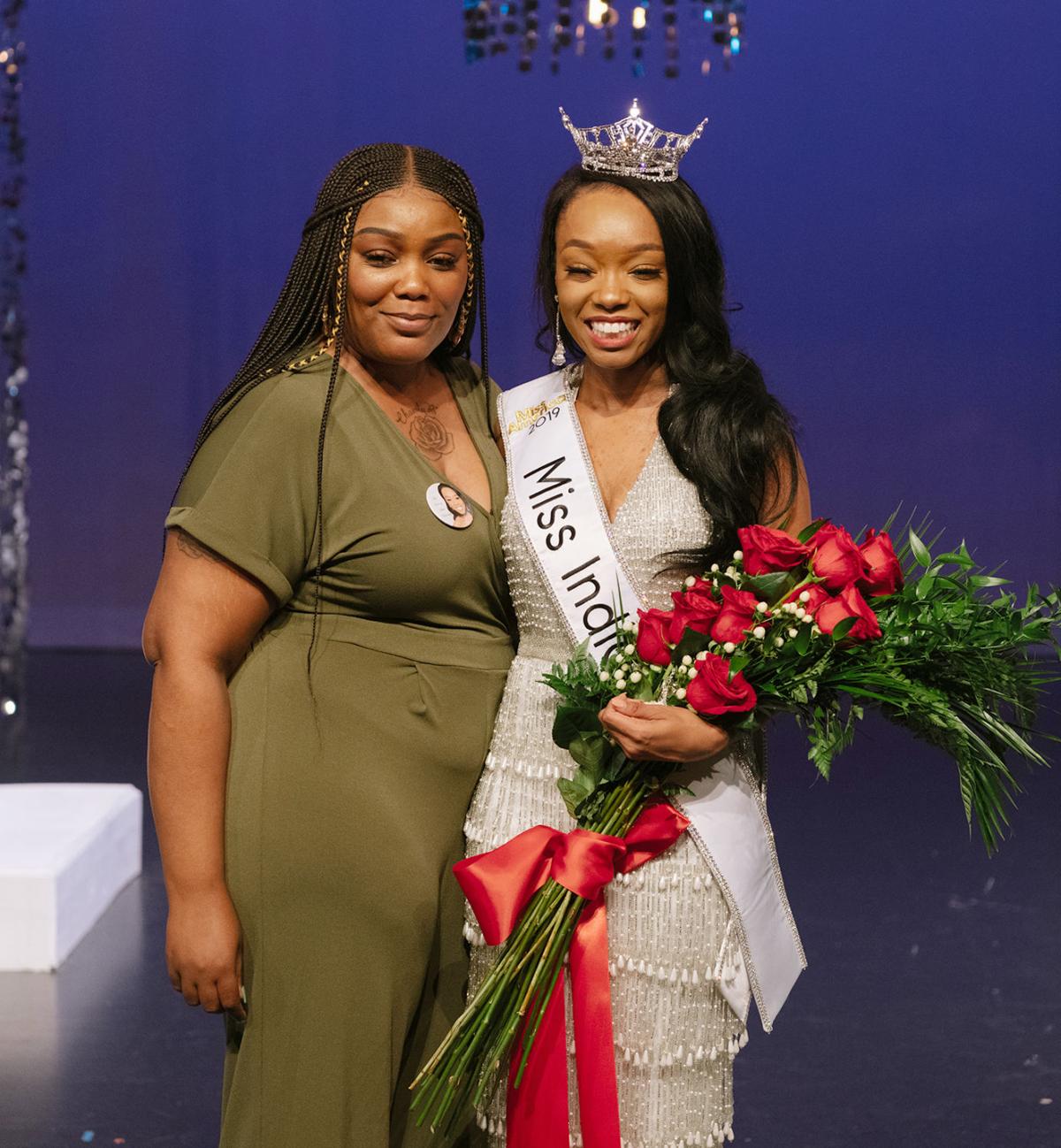 Taylor and her mother at the Miss indiana pageant

Taylor speaks with ISU President Deborah Curtis at her official send-off on Nov. 10

Taylor and her mother at the Miss indiana pageant

Taylor speaks with ISU President Deborah Curtis at her official send-off on Nov. 10

Even pageant stars need support sometimes. From the stage to the classroom, things can be stressful, which is why it is always a good thing to have people you can count on. Tiarra Taylor, ISU’s very own Miss Indiana, lives a very busy life, which can get stressful from time to time. There is a lot that is demanded of her as Indiana’s representative. She handles it with ease, though, and that is largely because of the fact that she gets so much support.

Family plays a big role in Taylor’s life. According to her, her mother is especially supportive of her.

People on campus have been showing their support for Taylor, as well. “It’s almost like my support system keeps growing, too,” she said. “Even today, a guy that I don’t even know on campus was like, ‘Hey, I support you; good luck,’ and I had never met him before. It’s little things like that that show that there are a lot more people supporting me than I actually realized.”

Bella Katz, a science student at Indiana State, is one such supporter. “I really wish her the best. I think it’s so exciting that someone from our school has the opportunity to be on such a huge platform. I know she’s the best possible choice for Miss Indiana and I think it’s just really cool that ISU gets that kind of representation.”

Joel Rodriguez, a mechanics major, also wishes her luck. “I’m really happy for her. She seems like she works really hard at it and that hard work has paid off. I hope she is having a great time with it and hope she knows that the student body is rooting for her.”

Members of the staff are rooting for Taylor as well. “Freda Luers, she’s the director of Campus Life, as well as the director for the Miss ISU program,” Taylor said. “She’s helped me a lot throughout the past four years. Being Miss ISU twice along with being a student, she’s helped me a lot within pageantry and outside of pageantry. She’s just been like a mentor and like another family member that I do not have here, because I’m away from family while I’m in Terre Haute.”

Indiana State is thrilled to have Tiarra Taylor as the representative of Indiana at the Miss America contest. She has a wide network of people on and off campus who are wishing her the best with all of her endeavors.