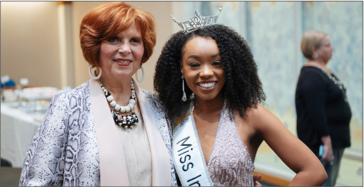 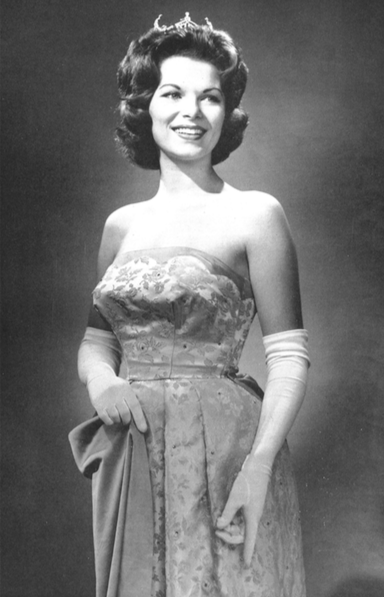 Kathleen Burke Rice won Miss Indiana State and Miss Indiana in 1961. Tiarra Taylor is the first ISU student to win both since 1961.

Kathleen Burke Rice won Miss Indiana State and Miss Indiana in 1961. Tiarra Taylor is the first ISU student to win both since 1961.

History is repeating itelf as Tiarra Taylor recently won both Miss ISU and Miss Indiana State pageants and is moving on to go compete in Miss America 2019.

Burke Rice also went on to compete in Miss America in Salt Lake City and won the talent section of the competition doing a skit she came up with.

Burke Rice won Miss ISU in 1961 as a freshman without any previous pageantry experience. She was encouraged to compete by her sisters in Chi Omega, she said.

Burke Rice explained how different things have changed since she had competed long ago. “There were a lot more restrictions I had than there were now. I had a lot of support when I was competing but I wasn’t able to connect with them much, we were really kept away from the public.”

Burke Rice was overwhelmed by the amount of support and attention she received when she had her moment of fame from winning competitions.

“It was a wonderful,” she said. “I had the keys to the city and helicopter rides. It was so weird when people would ask me for my autograph, I was in shock.”

Although Burke Rice was only Miss Indiana one year she always made sure she upheld her Miss Indiana reputation and was cautious of what she was doing and how it would look to the public.

“It was hard going to school while maintaining Miss Indiana status and having a lot of obligations. I also had a stalker incident, which was scary.” said Burke Rice. The stalker situation was resolved by the police, she said.

Burke Rice explained how she wasn’t able to go many places without a chaperone but that she would randomly receive phone calls from a stranger saying he saw her at different places.

Kathleen Burke Rice graduated ISU in 1964 with a major in art.

She has had some involvement with pageants in past years, like judging different competitions, but wanted to primarily focus on her art career.

“I loved the experience when I did it but it just isn’t something that has been a constant thing in my life. I have twin girls and they used to love to play with my crowns when they were little but many people don’t know I was Miss Indiana because for me it isn’t something that comes up in conversation.” Said Burke Rice.

Kathleen Burke Rice said her advice to Tiarra going through this is to “try to be yourself and enjoy yourself, because you are going to look back and have so many wonderful memories.”