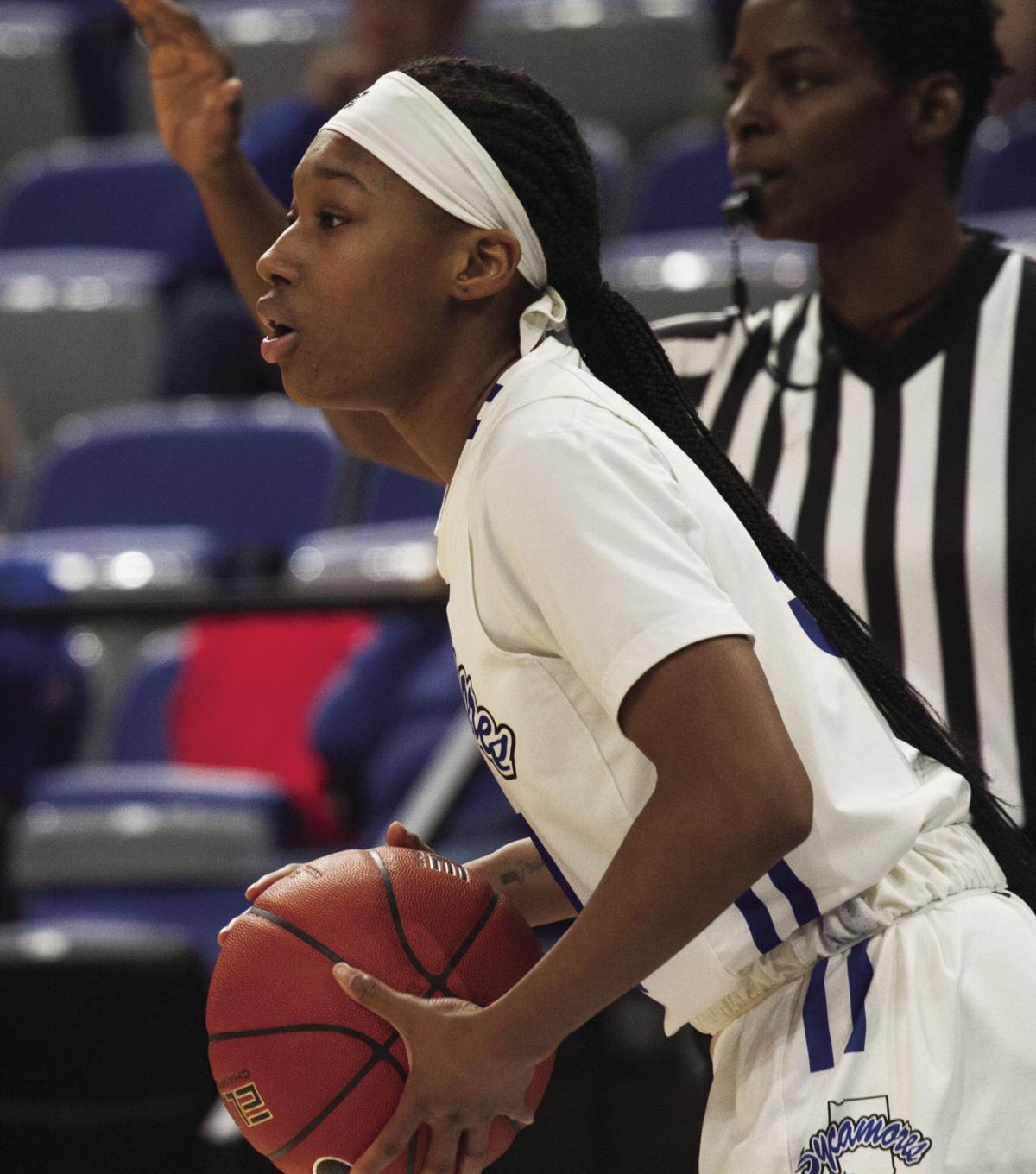 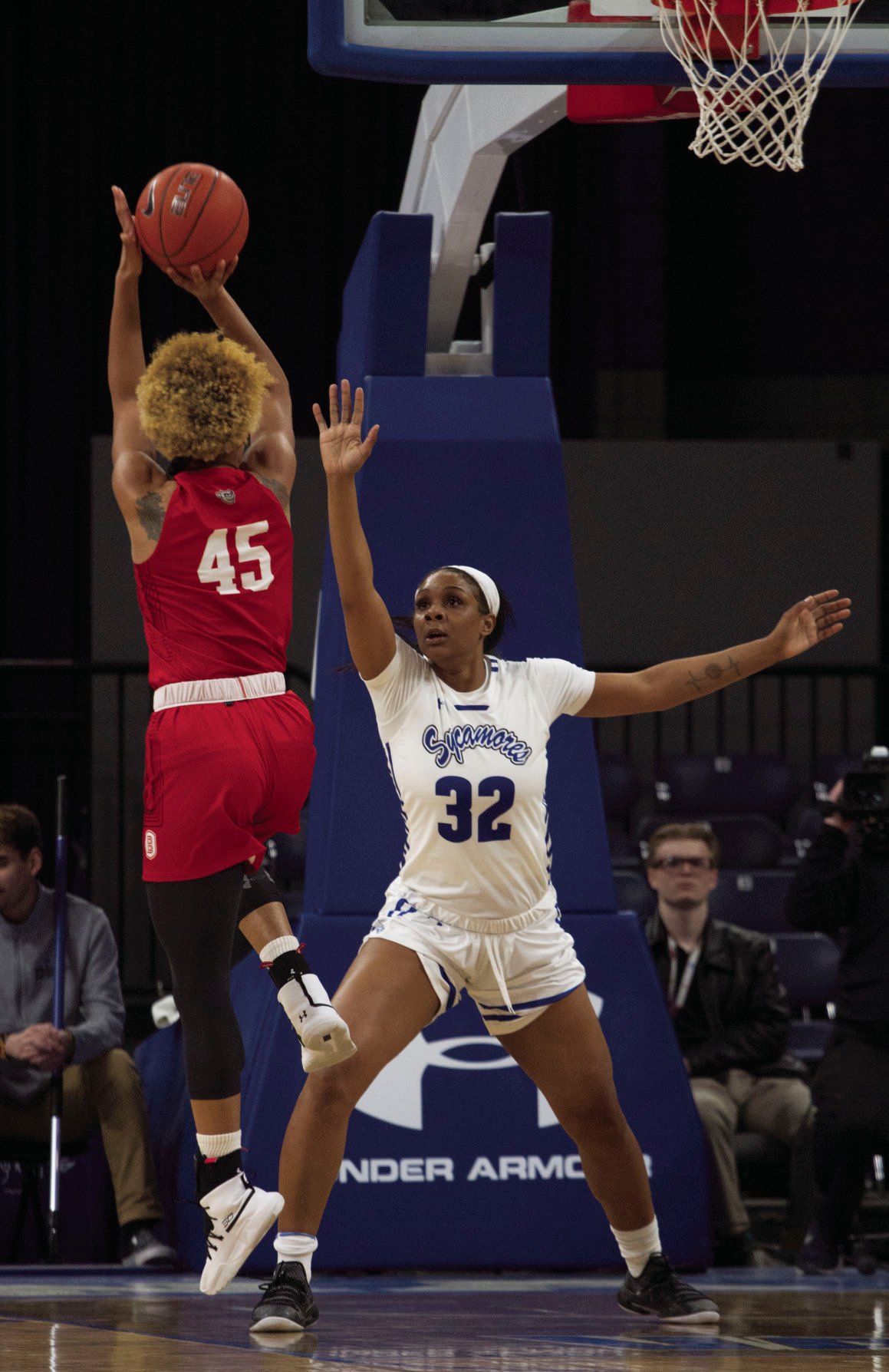 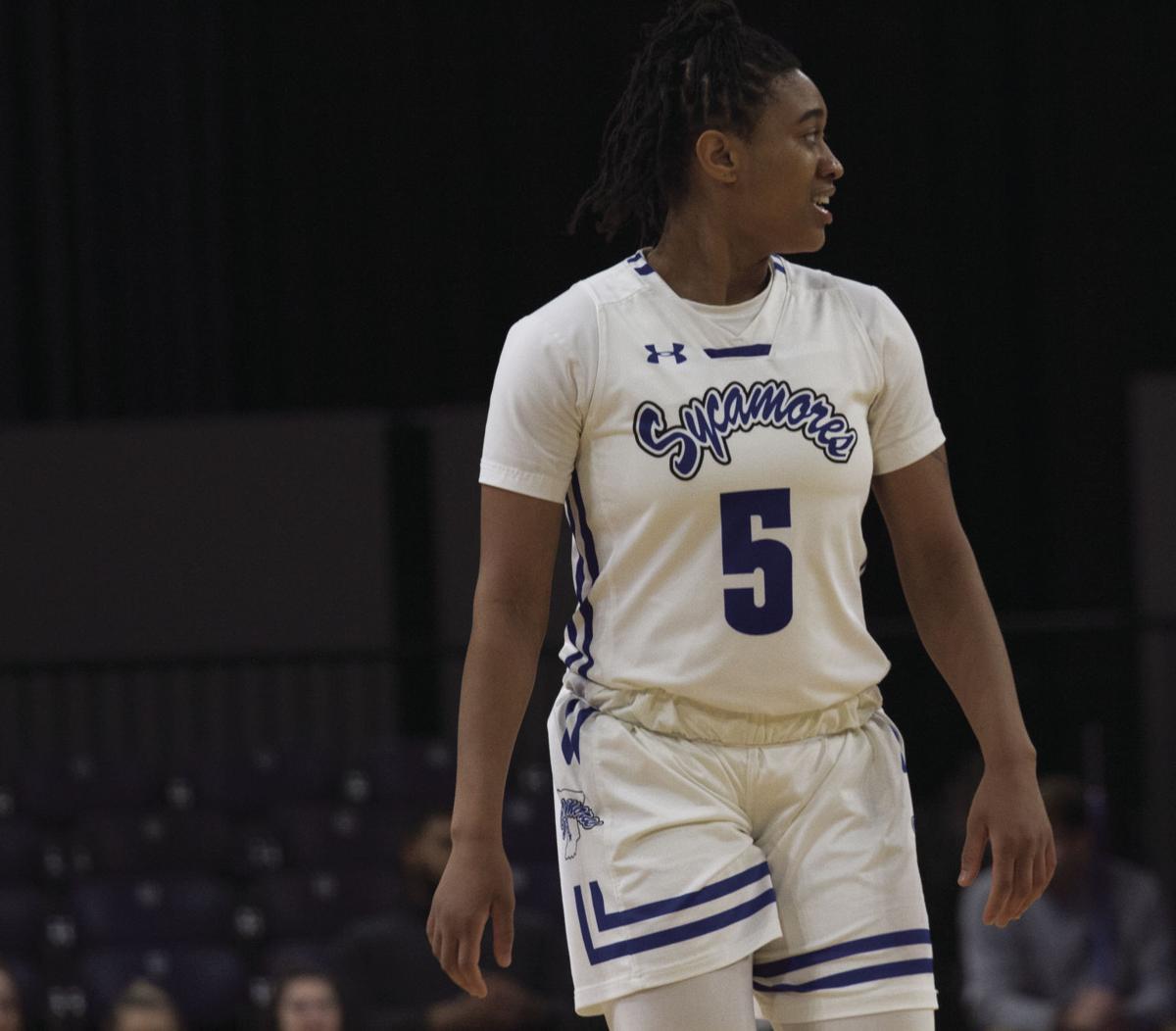 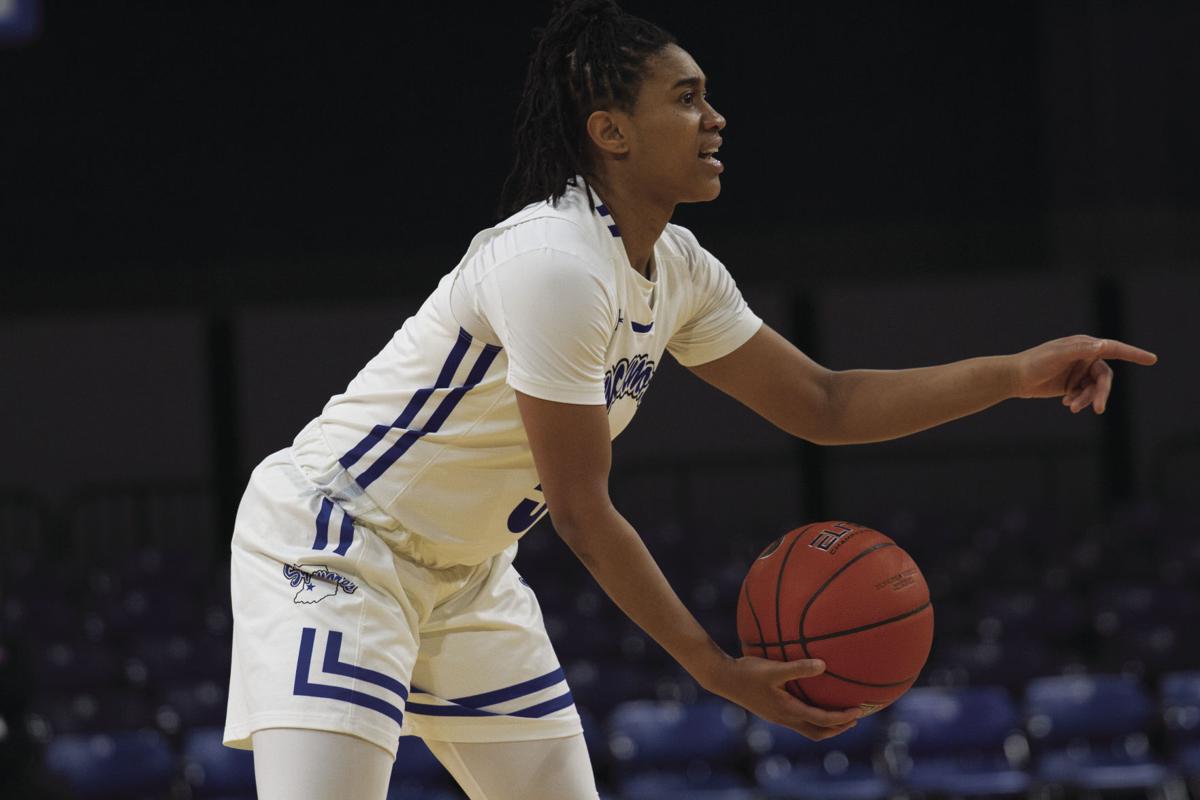 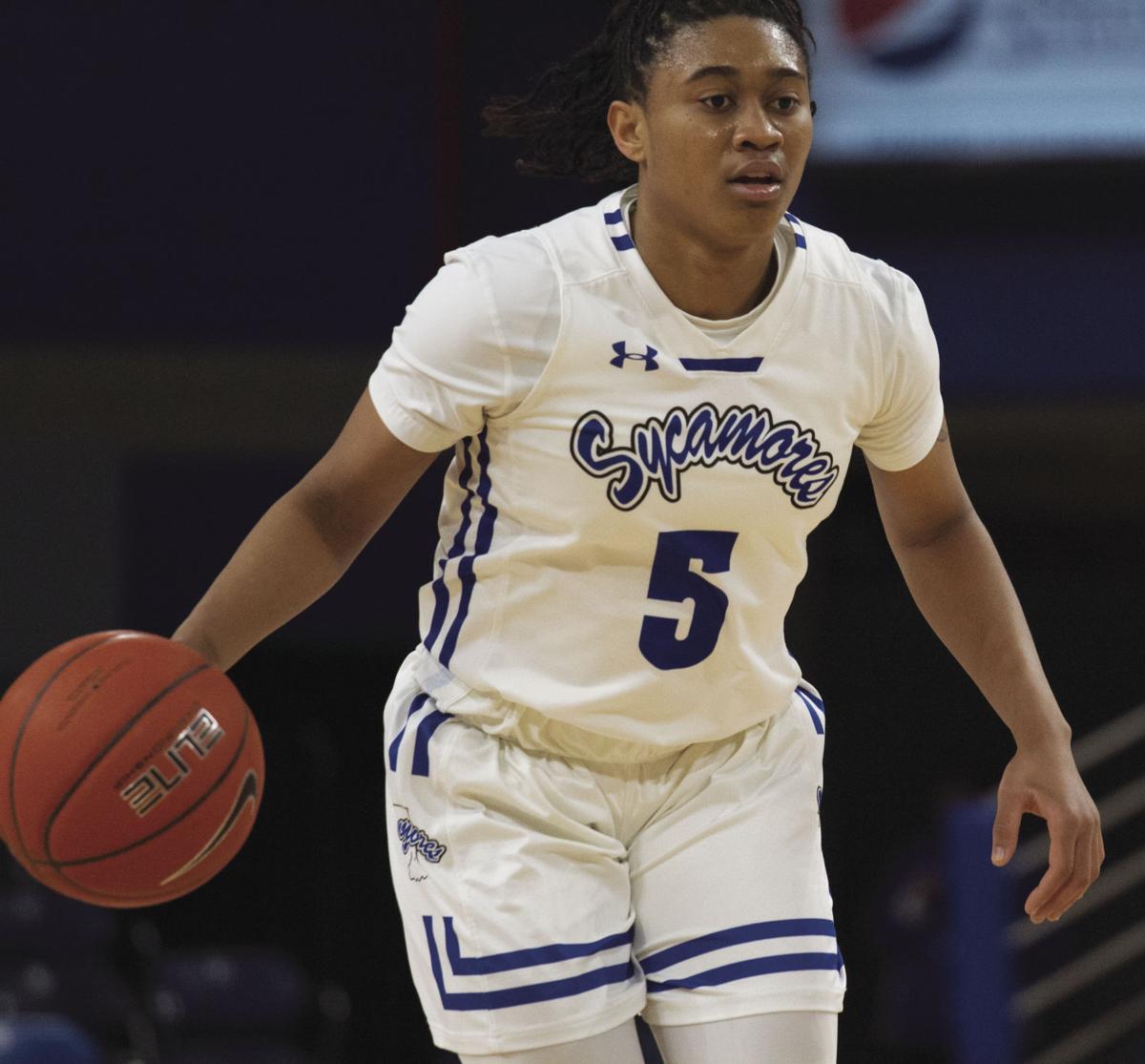 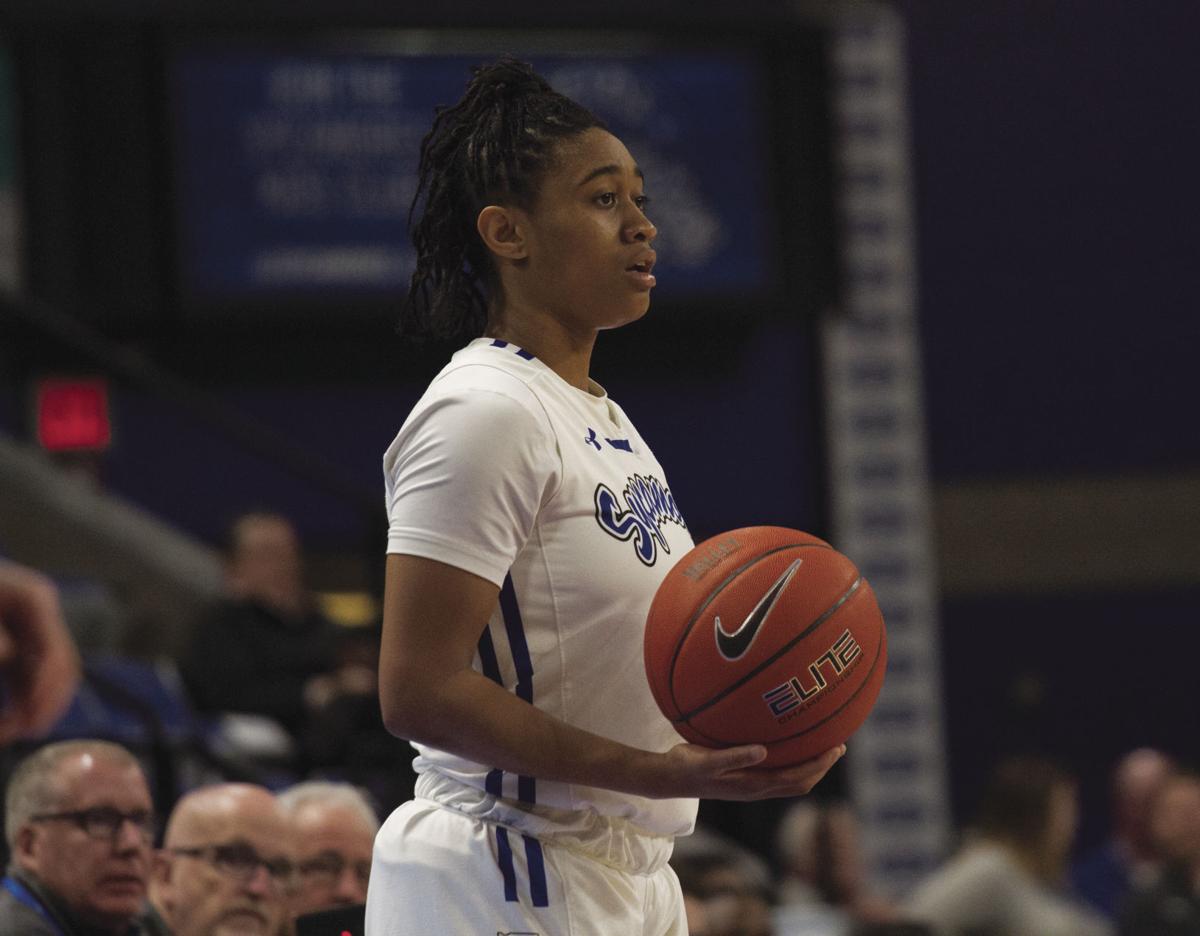 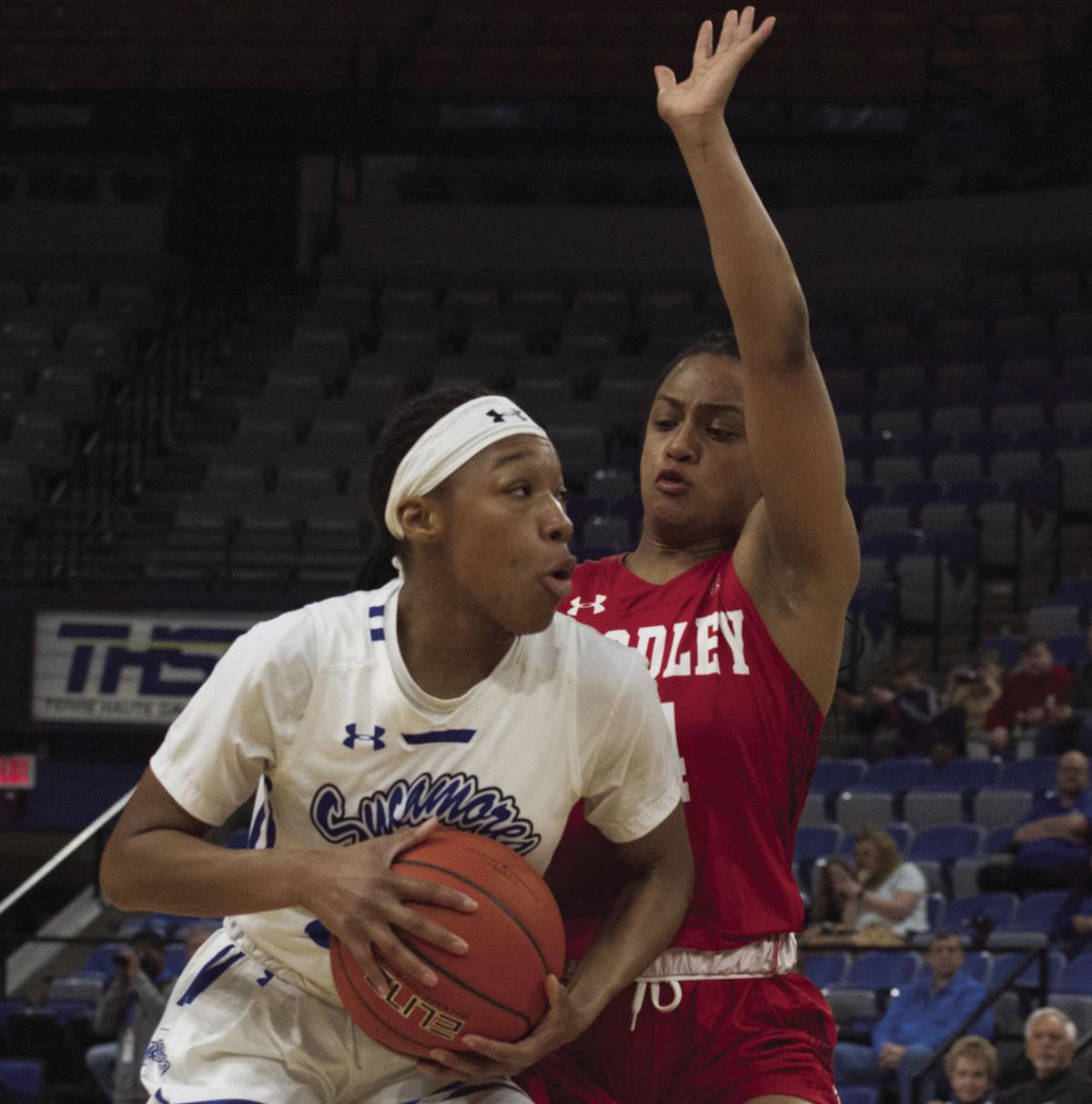 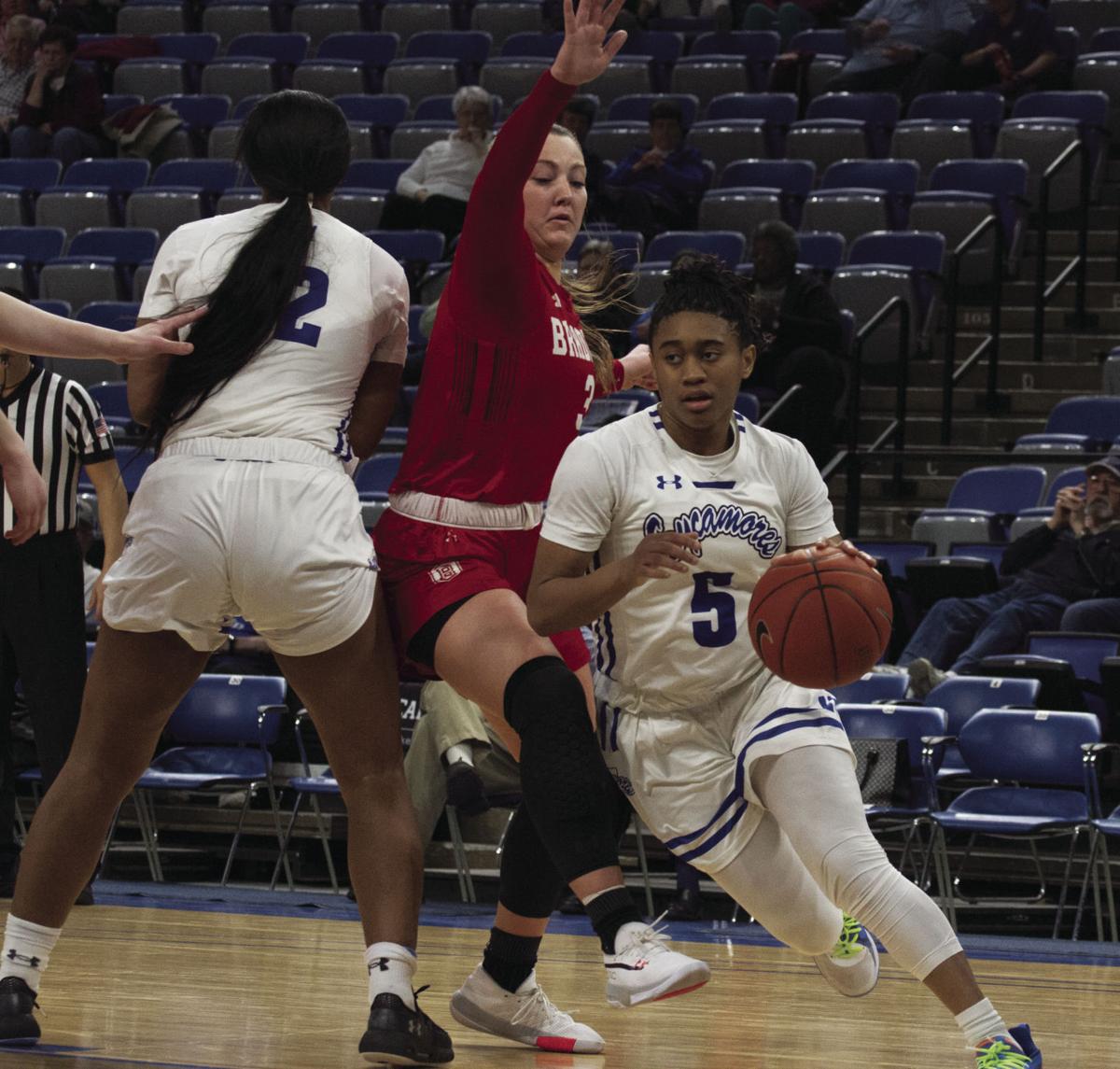 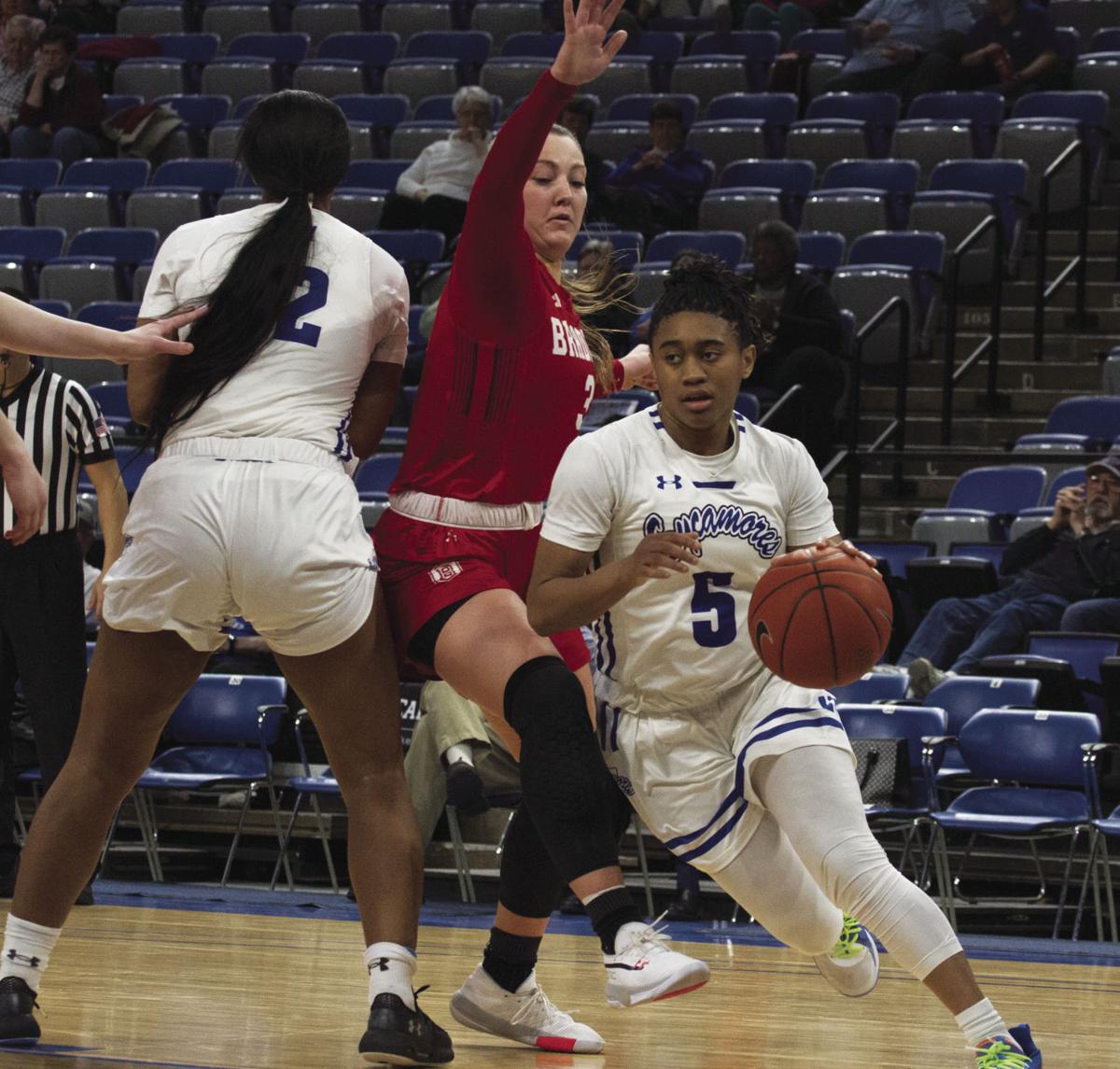 The Indiana State women’s basketball ended their season inside Hulman Center as they fall to conference foes, No. 22 Bradley, 68-57, and Illinois State, 62-55. ISU ends the season with a 5-25 overall record and a 3-13 Missouri Valley Conference record.

The Sycamores battled hard against the top-team in the MVC after holding the lead until halftime, but eventually ISU started to fall to the Braves. It was a back-and-forth affair in the first half as both teams shot the ball well. ISU made 46% of their shots and Bradley shot 44% from the field in the first half.

Sycamore defense continues to show improvement as they forced 20 Bradley turnovers and had 10 steals. ISU also found production from behind the three-point line as they shot 46.5% from three.

The Braves out-rebounded the Sycamores 40-28, including 12 offensive rebounds from the Braves. ISU cancelled out this effort by winning the battle in the paint, 24-22.

“You can see we've grown from earlier in the season,” ISU women’s basketball Head Coach Vicki Hall said, “It’s just frustrating because it's a five-point game and we just have a couple of missed opportunities by not boxing someone out or not staying disciplined till the very end. We’ve got to get better at our execution and our possessions.”

ISU had help from their juniors as forward Jamyra McChristine dropped a double-double with 16 points and ten rebounds on seven-of-15 shooting. Marie Hunter tallied a team-high 18 points to go along with four rebounds and two made three-pointers.

Bradley got production from their top-scorer, sophomore guard Lasha Petree, as she dropped 24 points and added six rebounds and three steals. She was also efficient from behind the three-point line as she made four-of-six shots.

“If you give (Petree) a half a second to shoot that thing, it's money,” Hall said. “We gave her some looks and it hurt us on the offensive rebound side. Our game plan was to try and push them and run with them and score in the half court but they just had a lot more efficiency than we did.”

Wyoming 'will have fans' at War Memorial Stadium this fall

Bradley finishes their season with a program record of 22-7 and 13-5 MVC record to earn the No. 3 seed in the conference.

The Sycamores hosted their final regular season game on Saturday, as they fell to the Redbirds in another tight matchup. ISU could not keep up with Illinois State's fast start as the Redbirds shot 60% from the field in the first quarter.

“When they went to zone, it made our kids back up instead of wanting to attack,” Hall said. “They had a hard time staying in front of us so their answer was to go to zone and I think it hurt rhyme a little bit.”

ISU was led by Hunter as she once again dropped a team-high 18 points on six-of-15 shooting and made three three-pointers on the night.

“Marie has been a wonderful person to coach all year long,” Hall said. “All she does is say ‘Yes ma’am, no ma’am’ and tries to go and do what you are asking her to do. She’s always in the gym, she's always working on her craft, she always wants to know how, what, when, where, or why she can do something to help and I am really excited for her because all that hard work and selflessness is paying off.”

The Redbirds were led by senior forward Lexi Wallen as she dropped 18 points and nine rebounds to go along with three steals. She got help from senior guard Tete Maggett as she tallied 13 points, seven rebounds and five assists.

Illinois State finished the season with a 19-10 overall record and a 11-7 MVC record and are currently holding the No. 4 seed. They will begin the MVC tournament against the No. 5 seed, Northern Iowa Panthers.

With the season over, the Sycamores move on to the Hoops in the Heartland MVC Tournament in Moline, IL. ISU has the No. 9 seed and will face the No. 8 seed Loyola Chicago Ramblers 5 p.m. Thursday.

At Indiana State University, the American Democracy Project (ADP) was out on Tuesday, September 22, which is National Voter Registration Day.

At Indiana State University, the American Democracy Project (ADP) was out on Tuesday, September 22, which is National Voter Registration Day.

Jabrea Jones sits down with Kassidy Madison, Director of Public Relations for the Union Border.