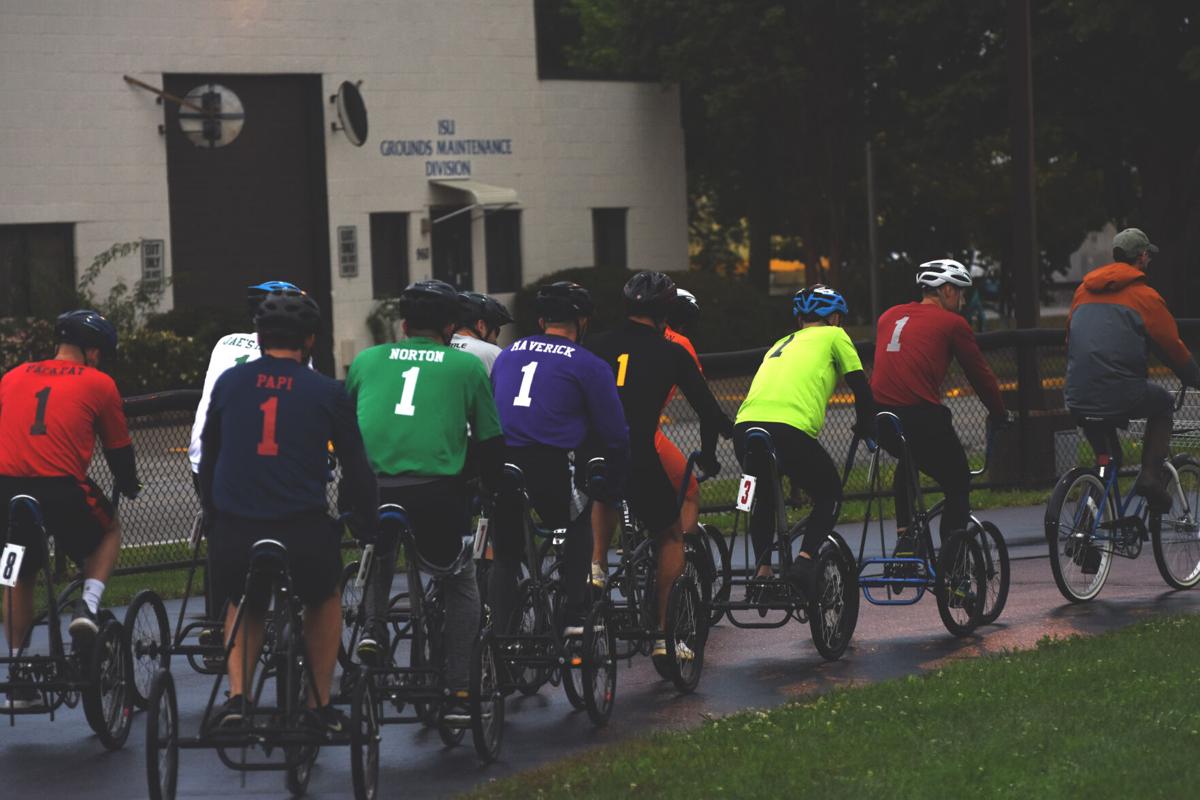 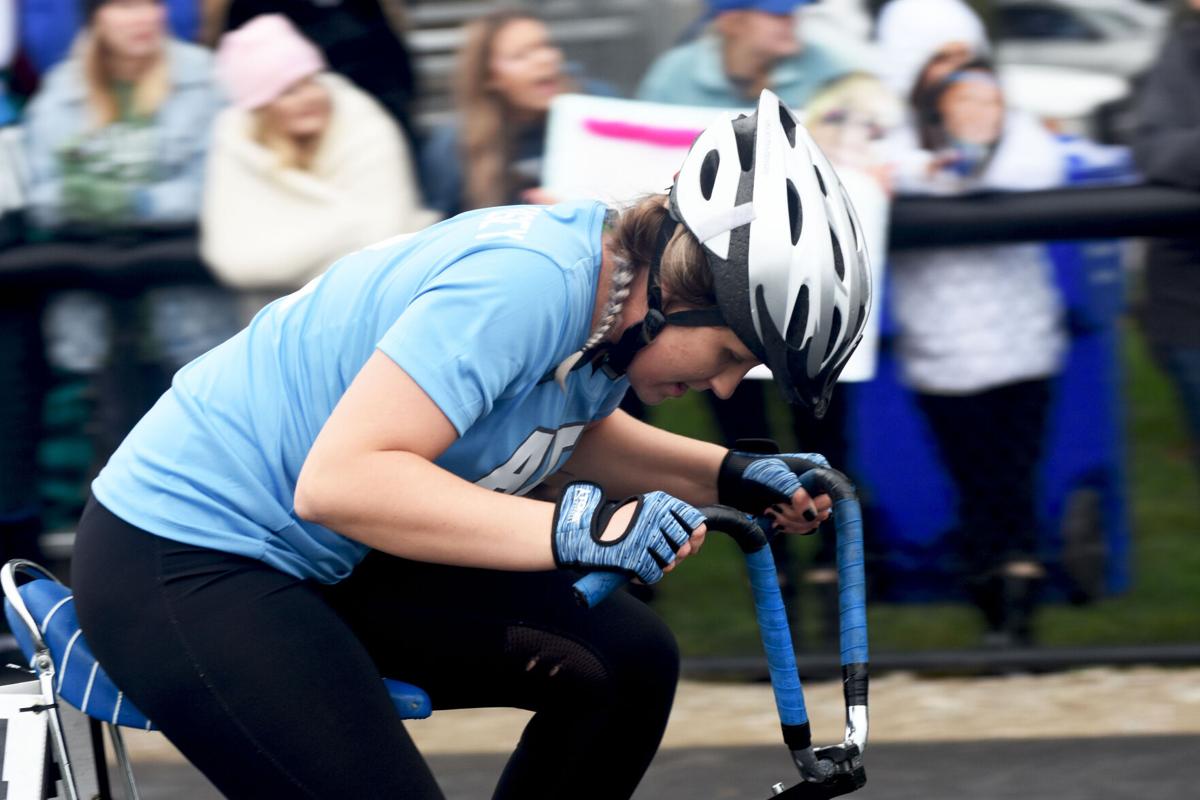 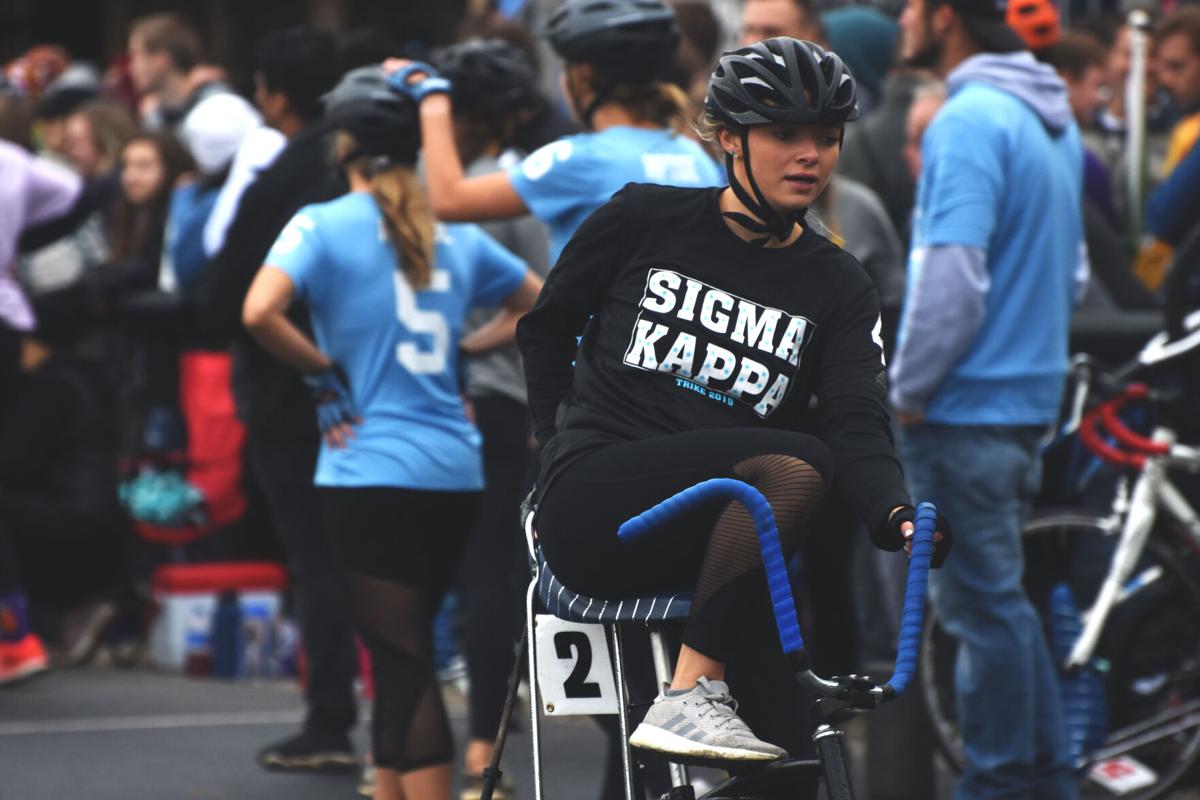 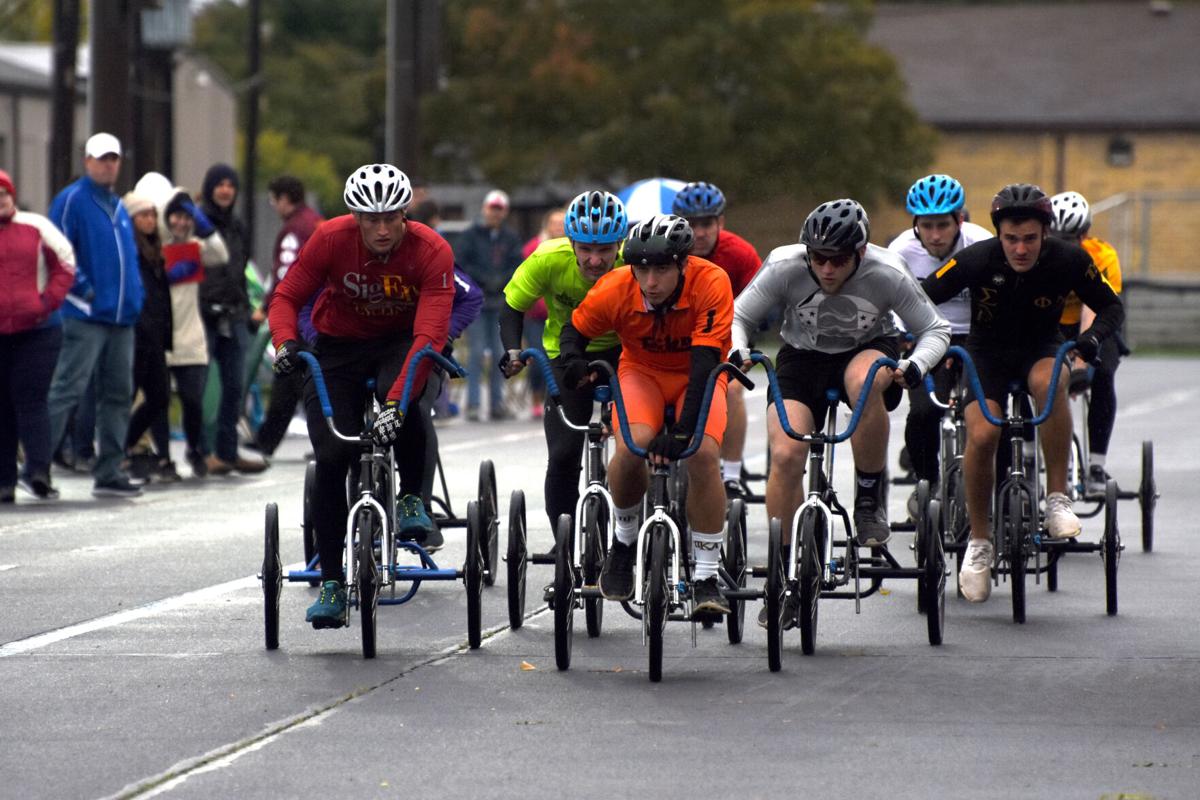 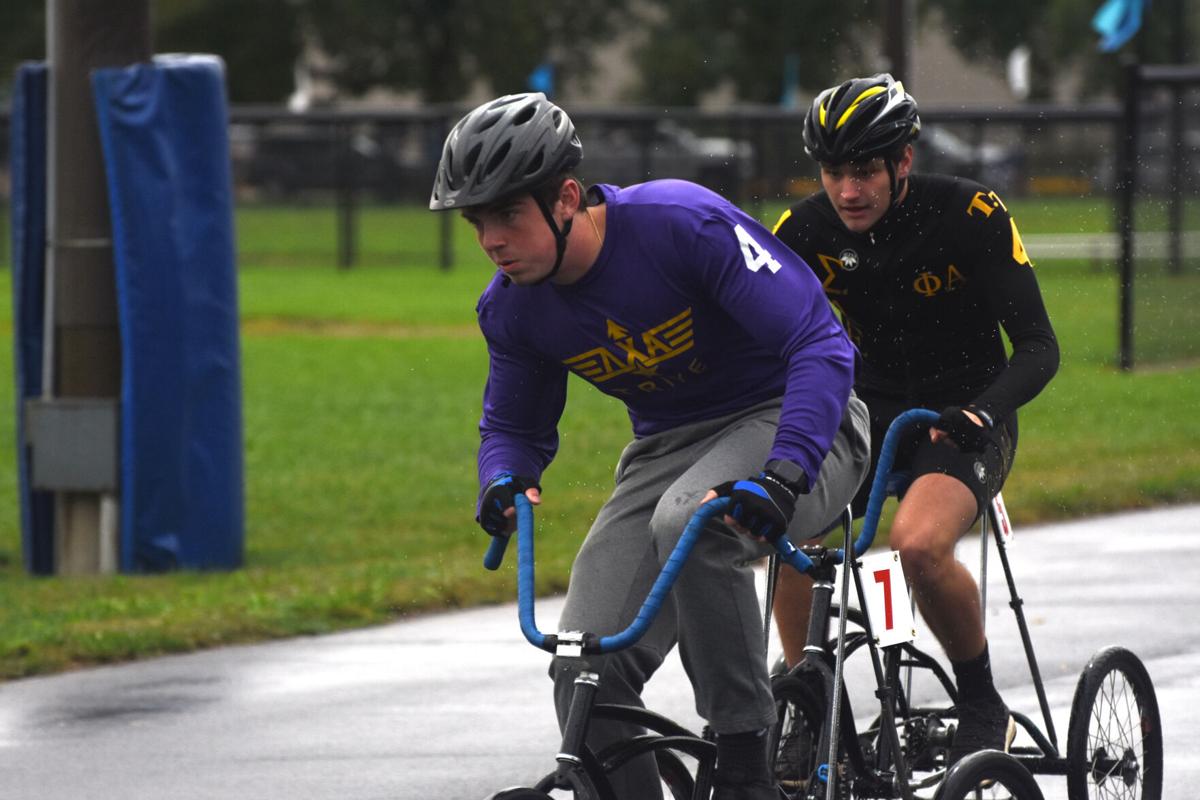 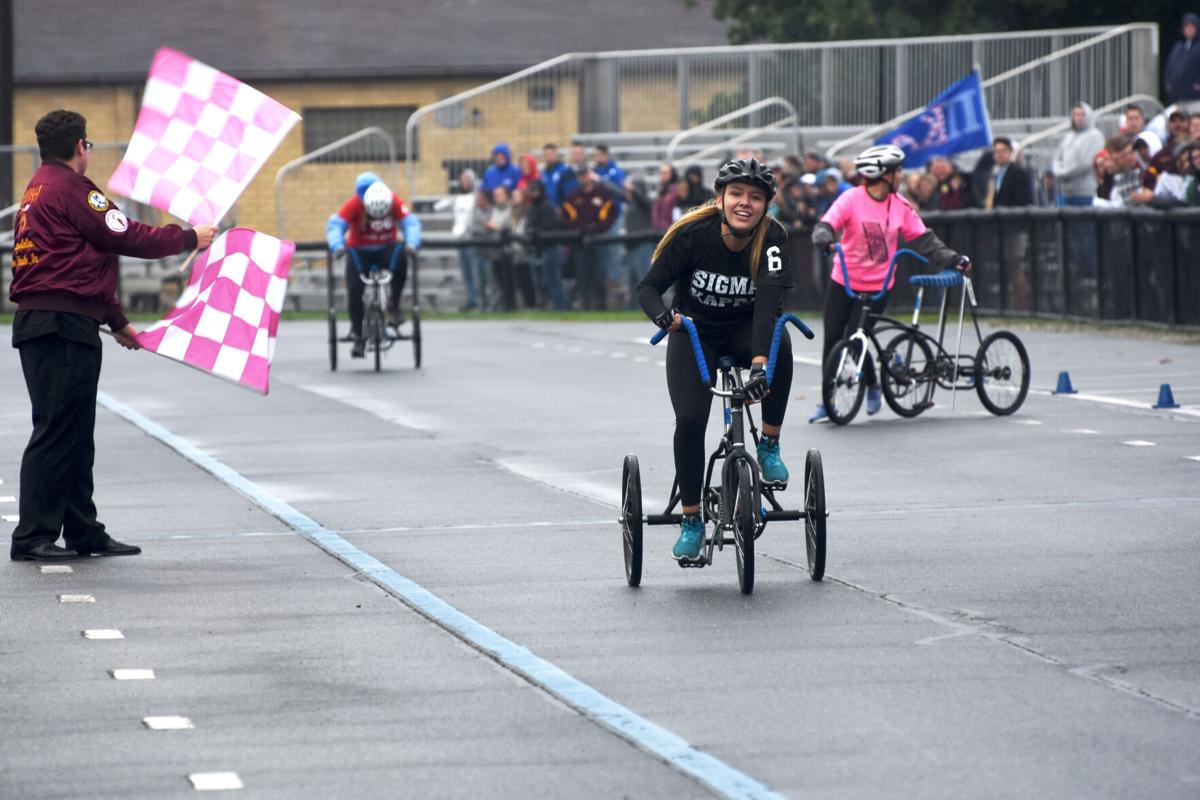 It wouldn’t be Homecoming at Indiana State without the annual Trike Race. Sororities, fraternities and other student organizations take to the track for the annual race. More than 20 organizations competed in this year’s race.

Now, the event takes place at the Michael J. Simmons Activity Center, an outdoor track. Simmons, who provided the initial gift for the center, died in 2017, but in 2013, he set up an ISU Foundation fund to provide support for student activities like the Trike Race and the Blue and White Homecoming Parade for decades to come.

This year’s race took place on a cloudy and cold day on Oct. 11. Despite the clouds and the cold temperatures, students cheered from the sidelines.

The event only lasts a day, but the buildup for the event begins months prior. Those who participate in the Trike Race spend months training before the competition. These teams practice weekly in order to fulfill the training requirement.

Although Trike may have not changed over the years, having the support from ISU students makes Trike a spectacular event. It is a tradition that is loved by students at Indiana State and will continue for many years to come.

Indiana State freshman Chloe Farro wrapped up her time at the 2021 Junior Pan American Games with a new personal-best in the 50m freestyle event finals to close out her time in Colombia. Farro knocked over three-tenths of a second off her time in the preliminary rounds to close out Monday's …