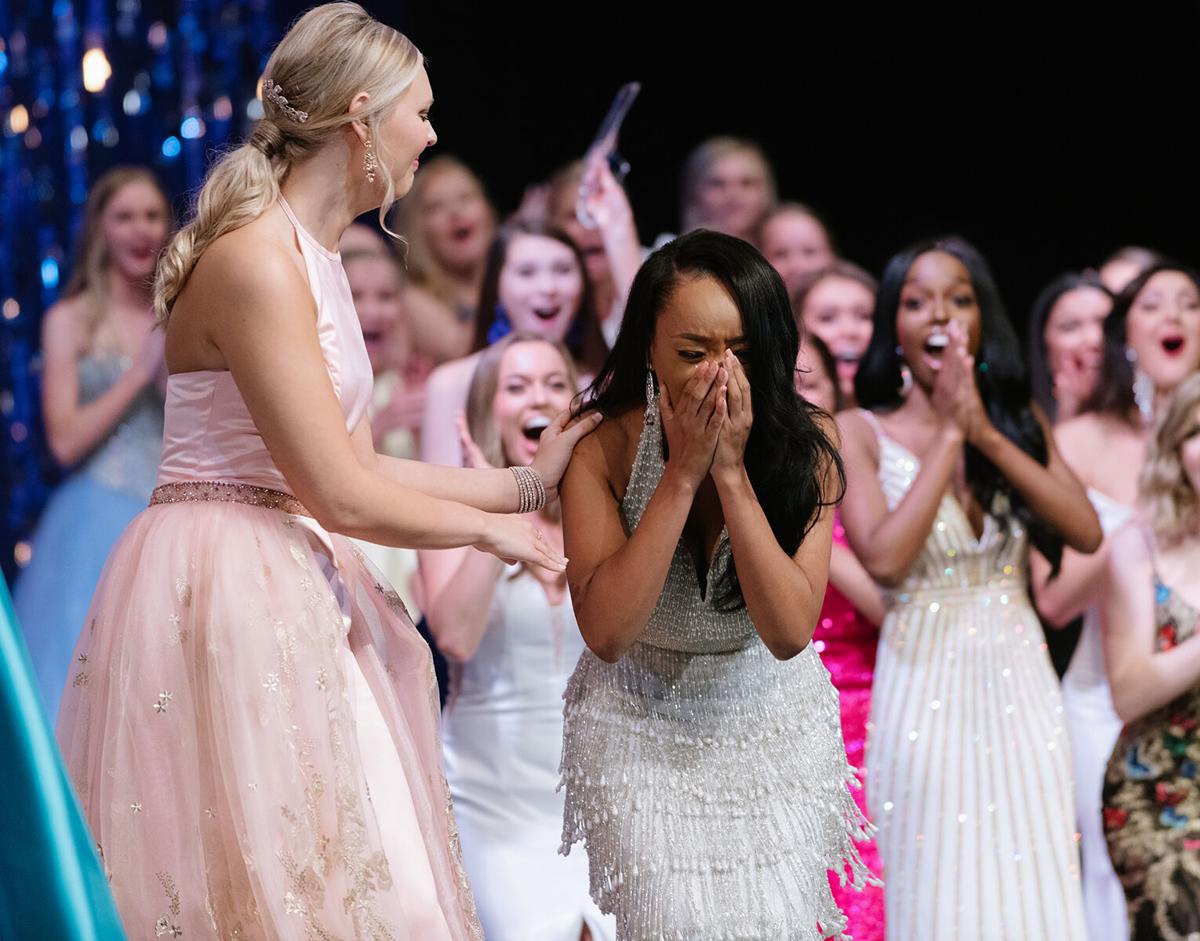 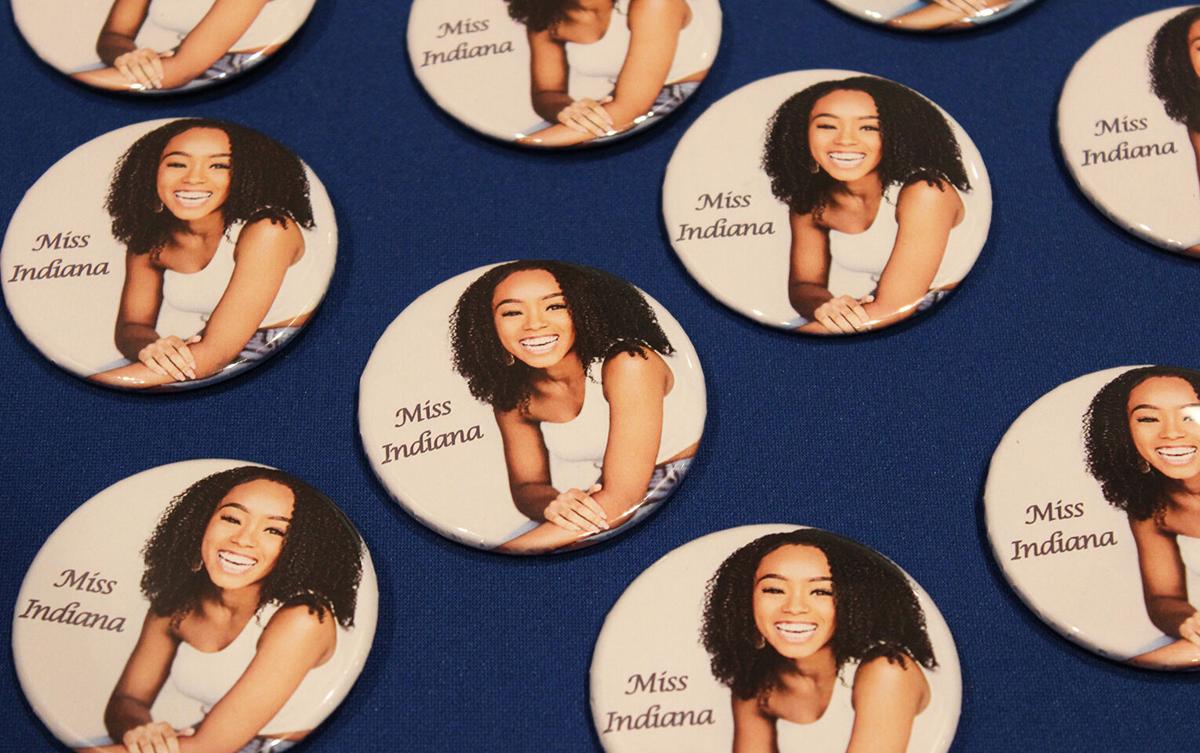 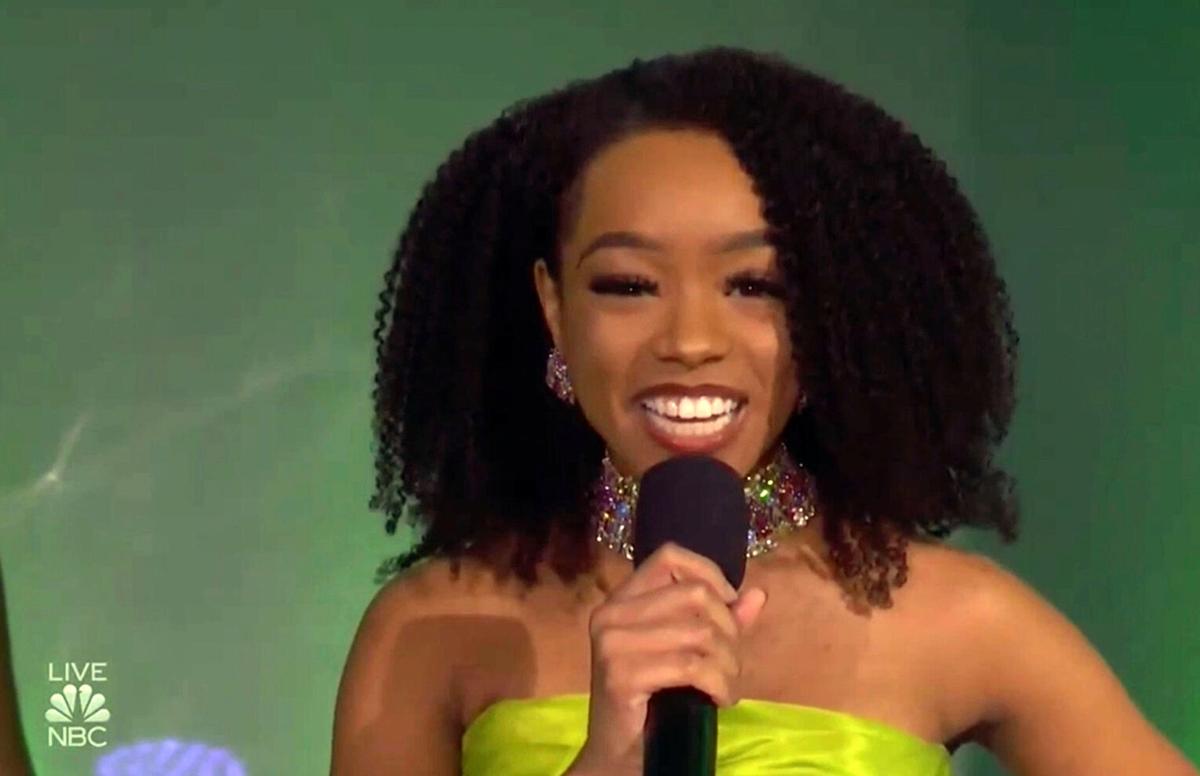 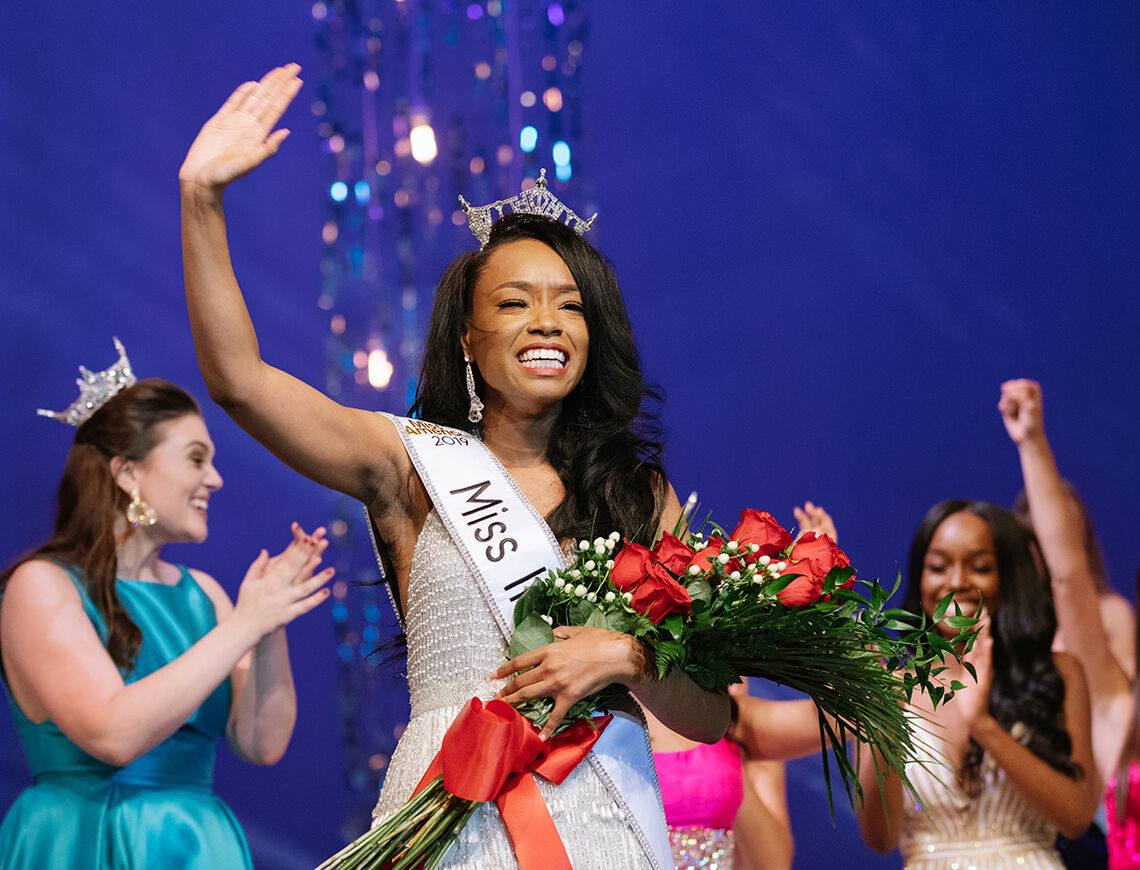 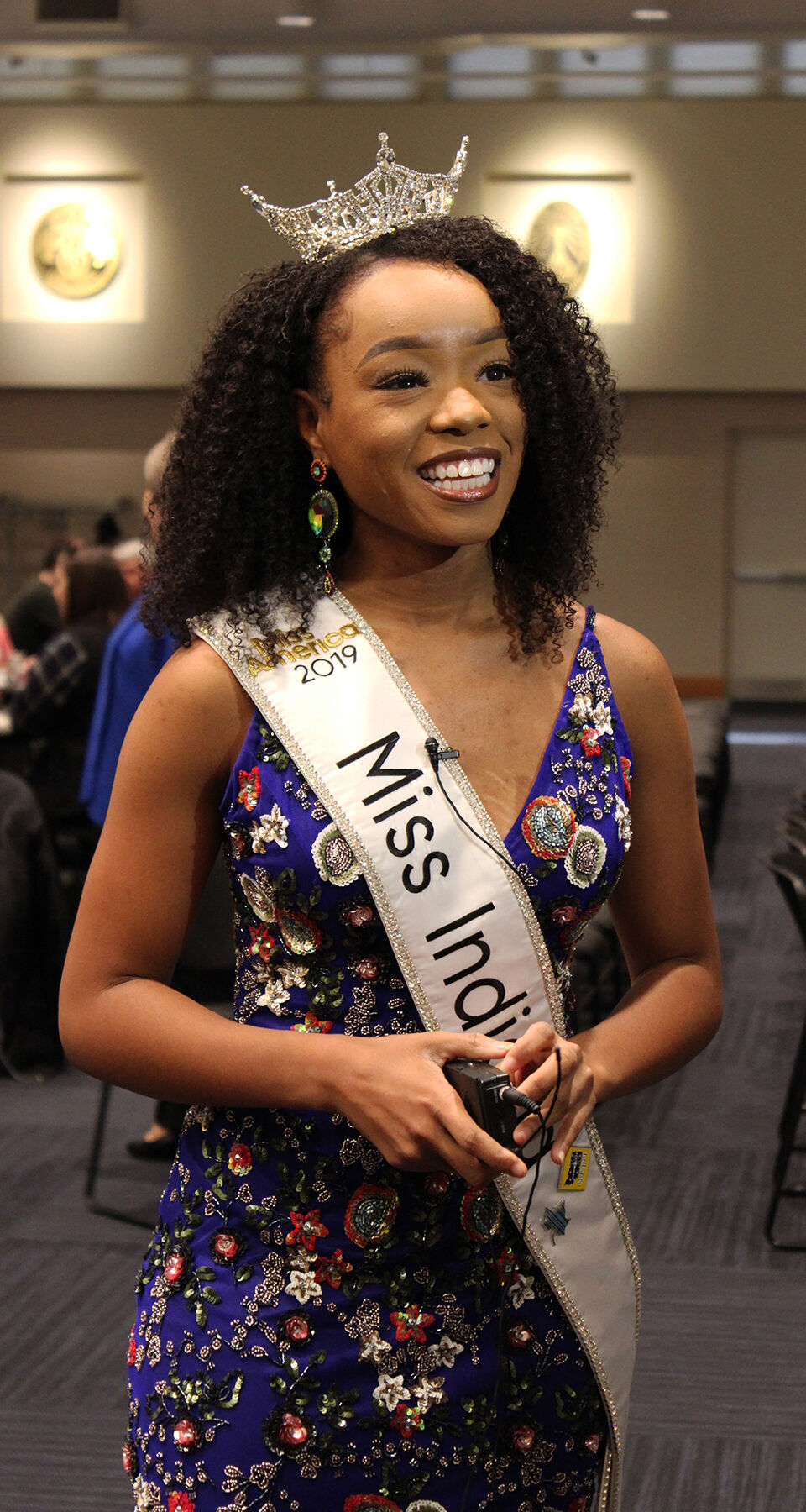 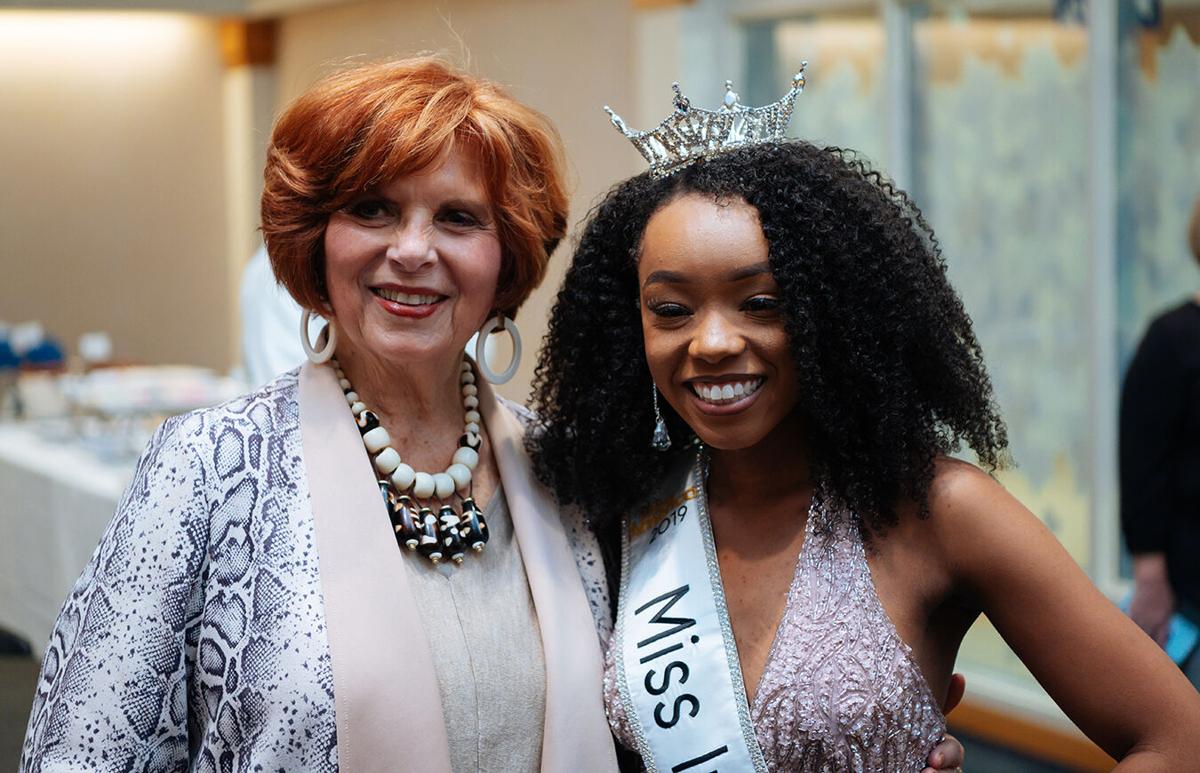 On Dec. 19, members of the university community were glued to their televisions watching Taylor’s debut at the pageant aired from Uncasville, Connecticut.

“The simple fact that I had the opportunity to represent my friends, family and university at Miss America was by far the greatest part of competing at Miss America,” Taylor said. “I grew close to some of the women there, whom I still communicate with to this day.

Taylor said preparing for Miss America consisted of many mock interviews, vocal lessons and focusing on all areas of competition.

“Being Miss America is a job, therefore preparing called for me to prepare for the ‘day after,’ as opposed to preparing to compete,” she said. “It was necessary for me to be ready to fulfill the role if I were to have won.”

A senior studying communication at ISU, Taylor was born and raised in New Albana, Indiana, was first exposed to the Miss Indiana Scholarship Organization by a friend on her dance team during her sophomore year in high school.

“After competing in the festival pageant in my hometown I was immediately hooked to the organization, and after competing for the first time I was determined to achieve my dream of someday becoming Miss Indiana,” Taylor said.

Becoming Miss Indiana was a dream come true for Taylor, who was only the second Miss ISU to be named Miss Indiana. The first was Kathleen Burke Rice in 1961.

“Being Miss Indiana is much more than the flashy sash and crown I often wear,” Taylor said. “It’s about impact. As Miss Indiana, I am required to pour into the lives of the people I meet. From visiting middle schools, riding in parades, volunteering at events for children or visiting youth centers, to visiting and spending time with our veterans, I have been fortunate to look into the hearts of so many people. This is a job that I have often found myself in awe of, walking away with my cup overflowing.”

Through all of her success, Taylor is especially thankful for the support she has received from ISU.

“I owe a great amount of credit to ISU,” she said. “If it were not for the incredible, and insanely giving individuals at this university, I would not be Miss Indiana, nor would I be much of who I am today.

“From my Miss ISU directors to the faculty and staff here, the people of ISU have never quit pouring into my life in a positive way.”

Taylor, who aspires to a career working with high school youth, hopes to leave a lasting impact on all those she comes across.

“It is my hope that I am remembered as a Miss Indiana that did ‘it all,’” she said. “I work three jobs, serve as Miss Indiana and am a full-time student. Despite my demanding schedule, it is my hope that other women are able to see that women are powerful. I’m not subject to only one thing, and neither is the next young girl. There is no limit to what you and I can attain, so why not attain it all?”

Malone to be honored at Colts game on Oct. 17

ISU to travel to Missouri for match-up

The Indiana State football team will travel to Springfield Saturday night to face conference foe Missouri State. Although the Bears get home-field advantage over the Sycamores they are still coming off an 8-point lost to Youngstown State.

Braden Taylor hosts, covering Loteria, Out and About and more.