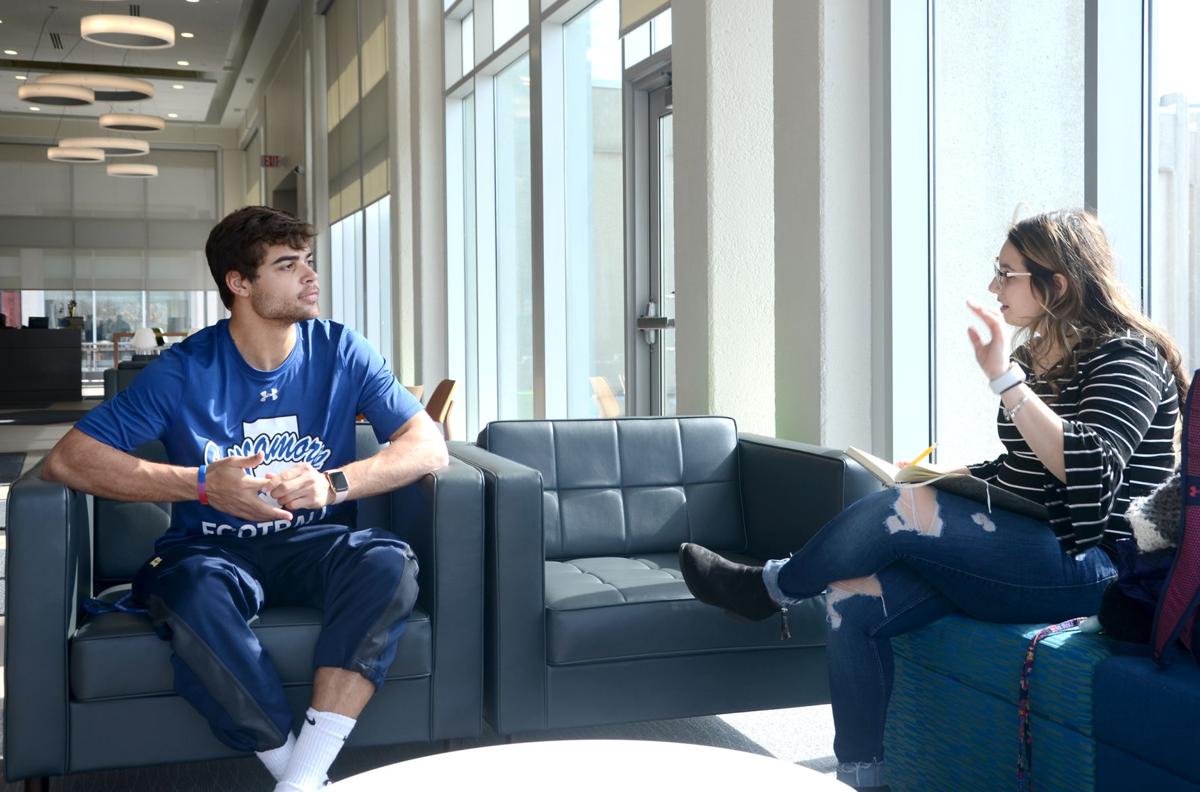 Bain discusses his experience on “Ellen” with Alyssa Bosse, a writer for The Sycamore. 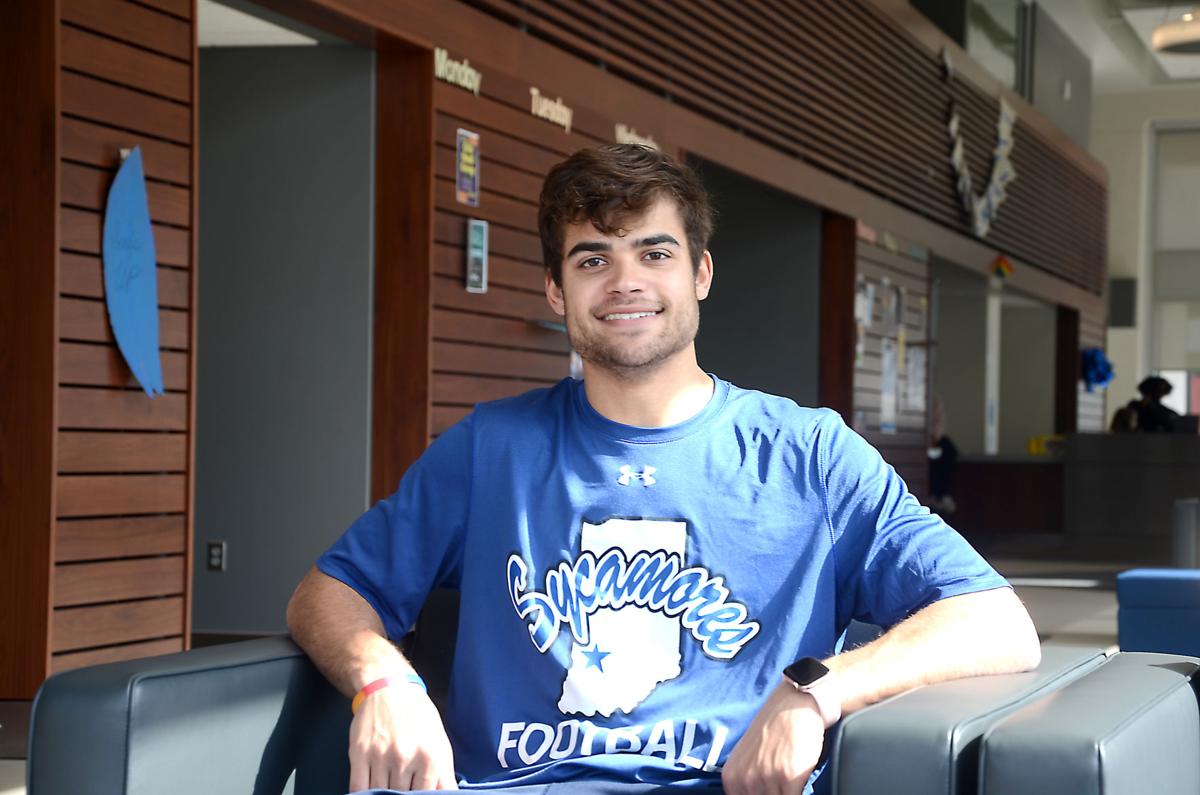 Bain discusses his experience on “Ellen” with Alyssa Bosse, a writer for The Sycamore.

Indiana State student Jake Bain was featured on the “The Ellen Show” on Jan. 7. He was invited to Burbank, California, to be a guest on the show after his coming out story went viral on social media. Bain came out on stage at his high school in St. Louis.

Producers of the show search the internet looking for story ideas to pitch to Ellen DeGeneres for content and guests on the show.

“I was in shock the day that Ellen’s head producer messaged me on Instagram saying that Ellen had interest in my story,” Bain said. “Everyone had always said it would be cool if I could go to ‘The Ellen Show’ and tell my story. That thought was always in the back of my head but I never expected for it to happen.”

On the show, Bain talked about being nervous when making the announcement at his school assembly, but said that the community at his high school was very supportive.

Since being featured on the show, Bain has been asked to speak at other events. He was invited to the Instagram headquarters in New York to speak at a private event, and the NCAA also invited Bain and a few other openly gay athletes to speak at an event.

Bain said he receives messages from all over the world from people asking about his story and for advice. “The amount of messages are overwhelming, but I always wanted to help people and be there for people who need support,” he said. “That was always my goal with coming out. I still haven’t gotten used to random people recognizing me in public and asking if I am the kid from ‘The Ellen Show.’”

Bain said he has had endless support from his parents and brothers along with his teammates and coaches. His coming out story and appearance on the show has inspired many people to be who they are and to tell their own stories.

It is black history month and black students have been excited ever since the Black History Month Kick-off which was held on Feb. 3. The black community within Indiana State University have been looking forward to the events that are planned throughout this month, including Hiplet.

Sycamore SafeZone Level 1 was on Jan. 5 on the 7th Floor in the Hulman Memorial Student Union where Grayson Purtlebaugh, facilitator of Safe Zone, talked about the do’s and don’ts while communicating with transsexual people.

An Open Discussion on the Murder of Matt Leucking

Over the past decade, ISU has worked towards creating a sustainable campus. The Office of Sustainability seeks to promote environmental responsibility, as well as social equity in the community.

Isaaiel Collins-Jones sits down with two representatives from the career center to talk about their upcoming events for students!

Hailey Turner sits down with Dr. Amy Ash, the director of creative writing, to talk about Allusions.