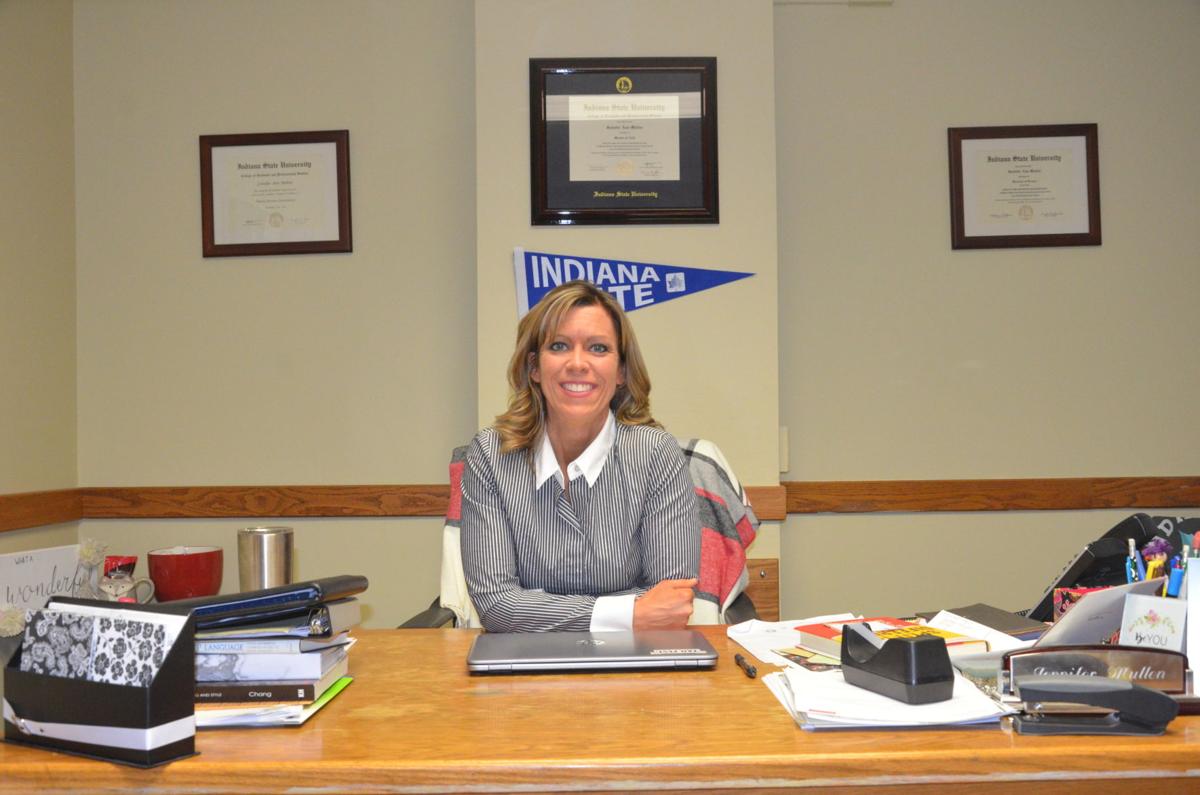 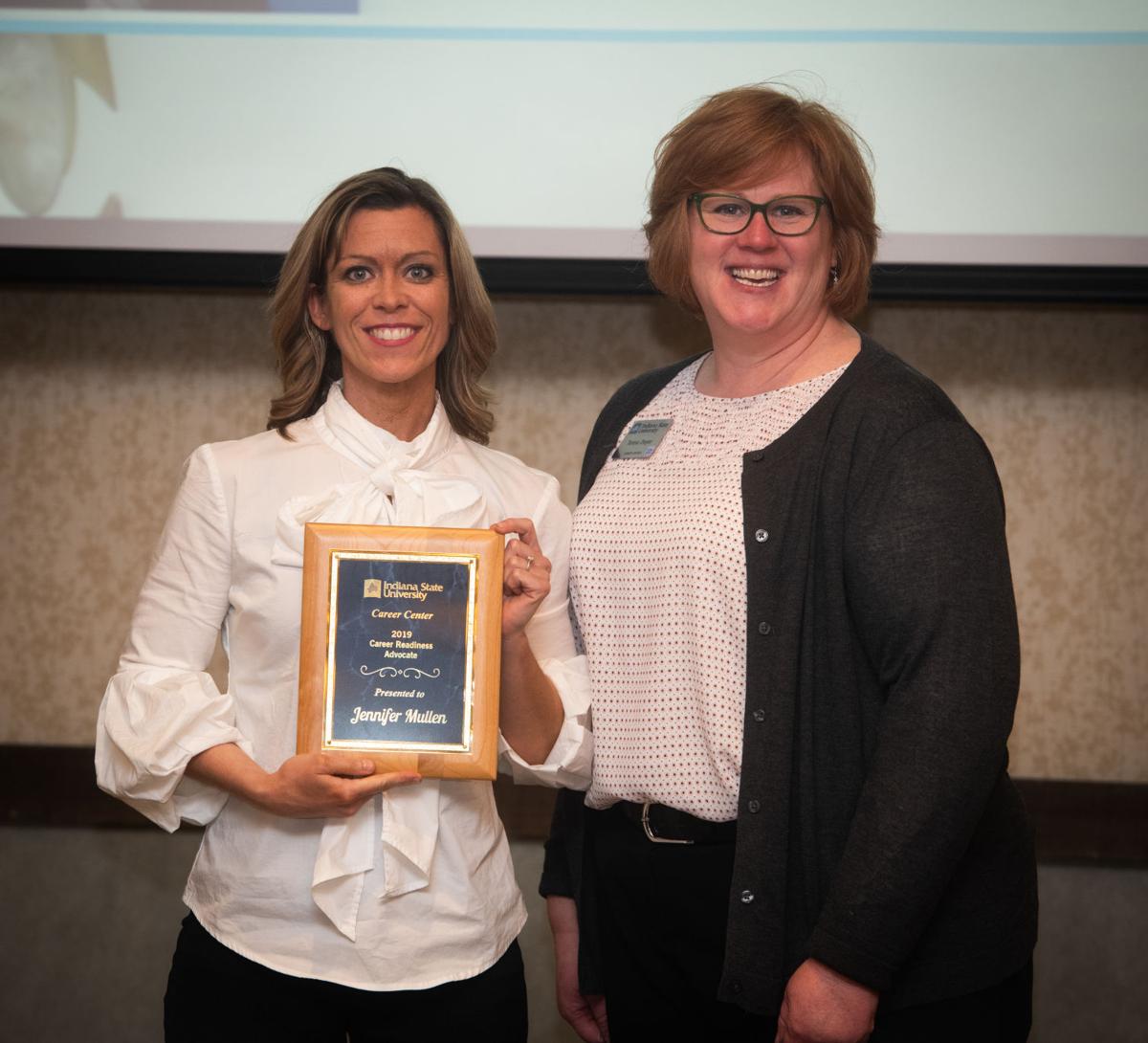 Mullen received the 2019 Career Readiness Award from the Career Center at the University Engagement banquet. She is shown here with Teresa Dwyer, associate director of employer relations. 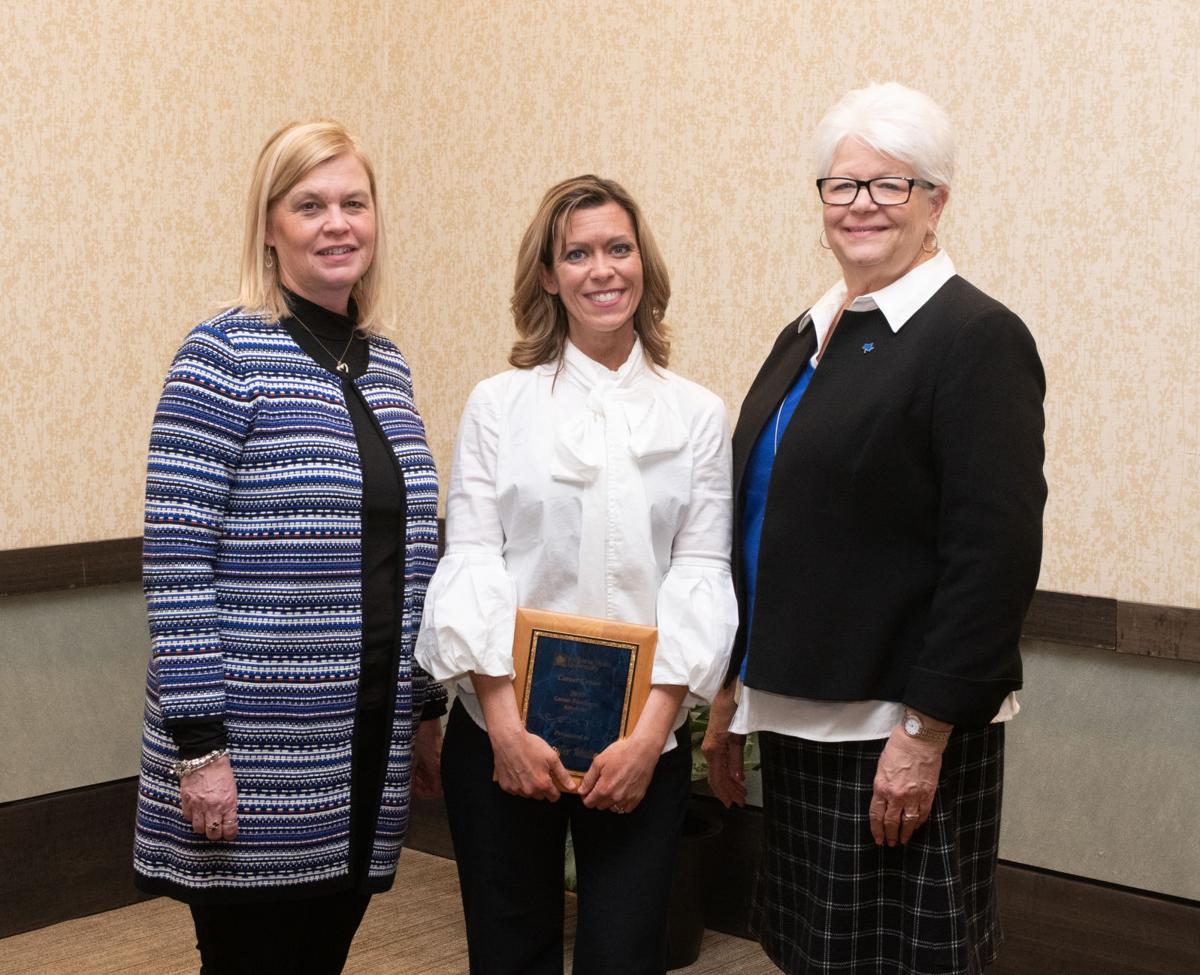 Mullen received the 2019 Career Readiness Award from the Career Center at the University Engagement banquet. She is shown here with Teresa Dwyer, associate director of employer relations.

Twenty years ago, Jennifer Mullen, a senior instructor of communication at ISU, did not see herself teaching. However, she loves where she is as she works to change the lives of everyone she meets and to also improve the perspective of Terre Haute.

Mullen, who also teaches at Rose-Hulman Institute of Technology, helps promote the positive aspects of Terre Haute by being a member of numerous groups and events on campus and off. She has been involved with Swope Art Museum and the 12 Points Neighborhood Revitalization group, among others.

Mullen said that you make your own fate. While working in retail, she was fired because the store was robbed on her watch. In the end, though, she said it helped her get a job at Indiana State that she loves.

Even though this was a difficult situation to cope with when it happened, she made the best of the situation and did not let one opportunity go to waste.

“Sometimes we think getting fired is a bad thing, but it can lead you to where you are supposed to be,” she said.

Mullen does not view life as a straight line.  You never know who you will meet and what opportunities you will be given, she said.

Mullen said her proudest accomplishments are building a house when she was 25 and being in a bodybuilding competition. She is proud of saving for three years in order to build this house from the ground up and acting as a project manager during the process.

Three years ago, Mullen won second place in a bodybuilding competition. She says this was an amazing experience and it made her feel as if she could move mental mountains.

When asked for one piece of advice she would give students at ISU, she offered several. “Meet as many people as you can, and don’t be a wallflower because people don’t remember the wallflowers,” she said. “Network as much as you can and remember the names of the people you meet. Don’t just get involved but make an impact.

“Do service that matters to you.  When you do things that matter to you, you become energized and people will feel that energy and passion and want to help.  You will meet people on the same mission.  And always be purposeful in what you look at.”

Preparing for a pandemic: stores running out of basic products

Empty shelves have become a familiar sight for shoppers, from Walmart to Kroger to Meijer.

Steps to avoid getting and spreading.