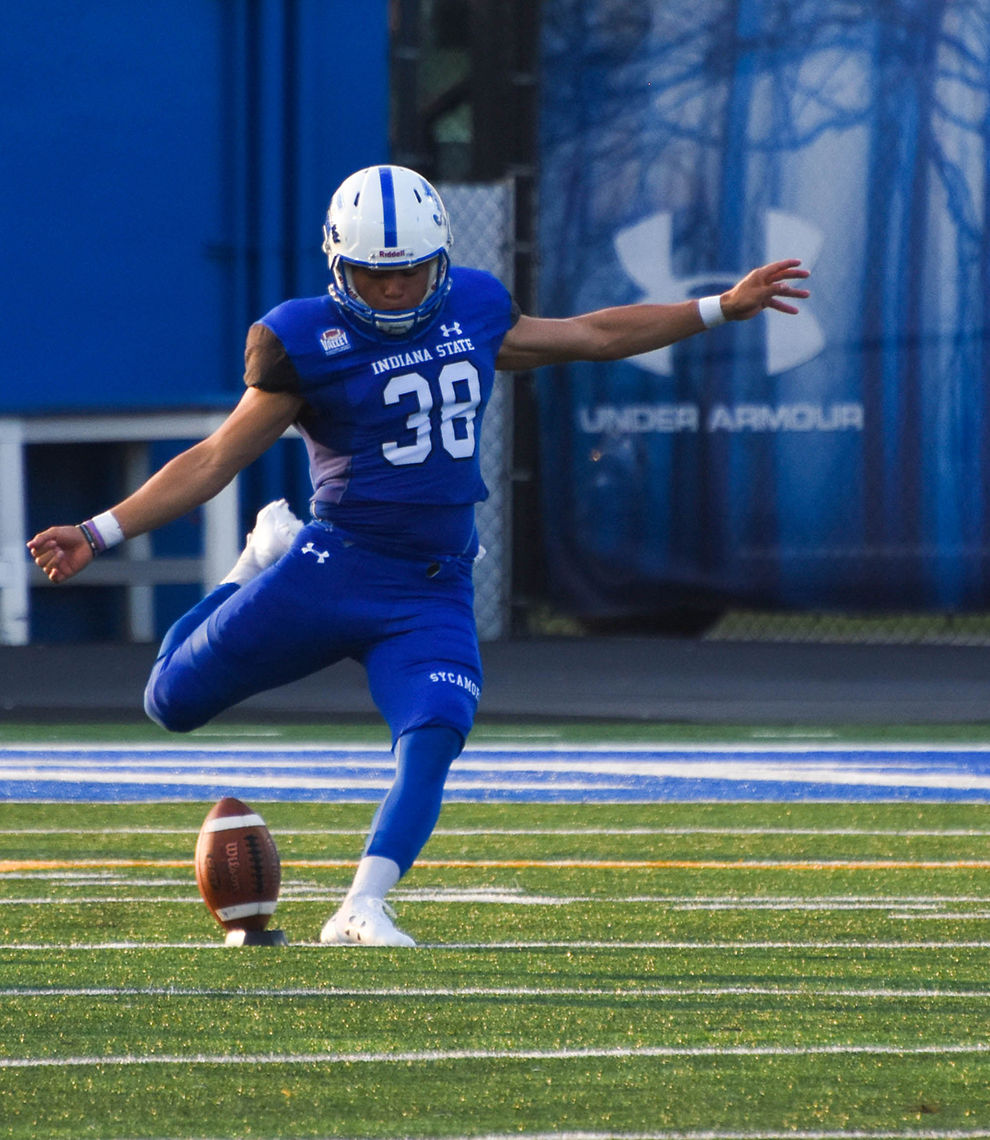 Kicker Jerry Nunez kicks off to start the game. 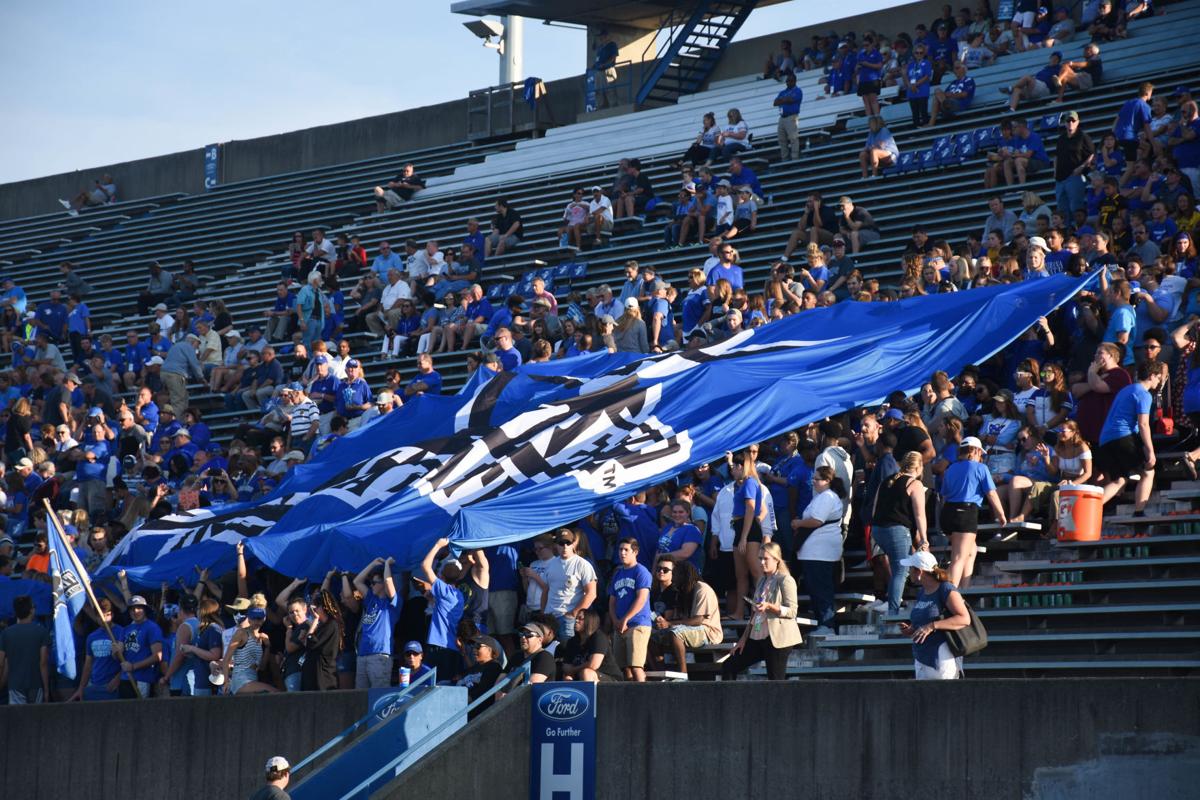 Fans in the risers show their Sycamore pride with a giant Forest flag. 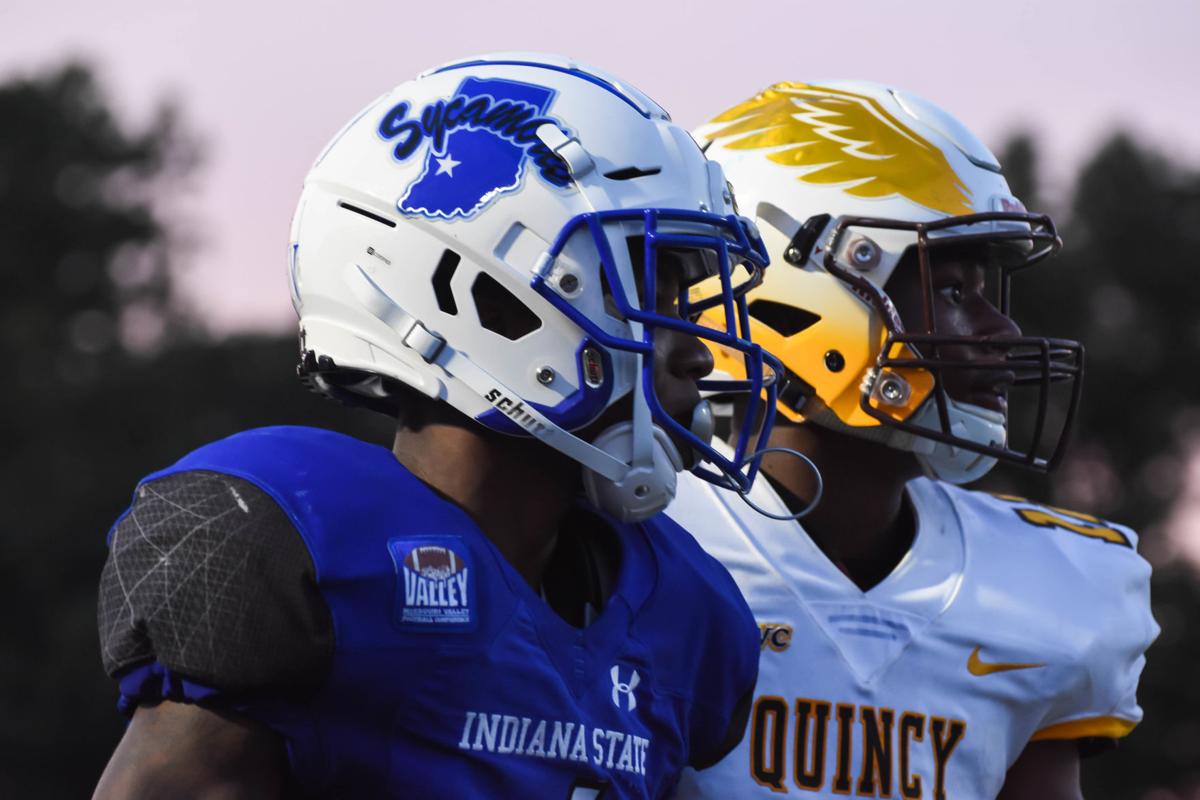 Rontrez Morgan keeps his eye on the opponent. 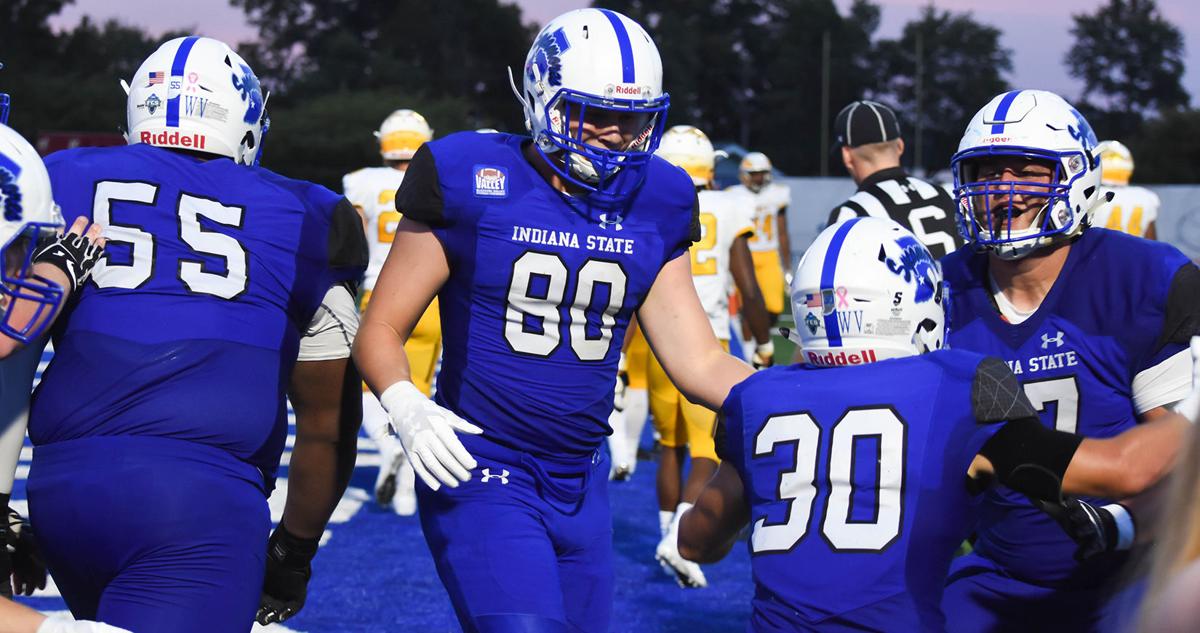 Tight End Henry Woodcock and Running Back Titus McCoy celebrate on the sidelines. 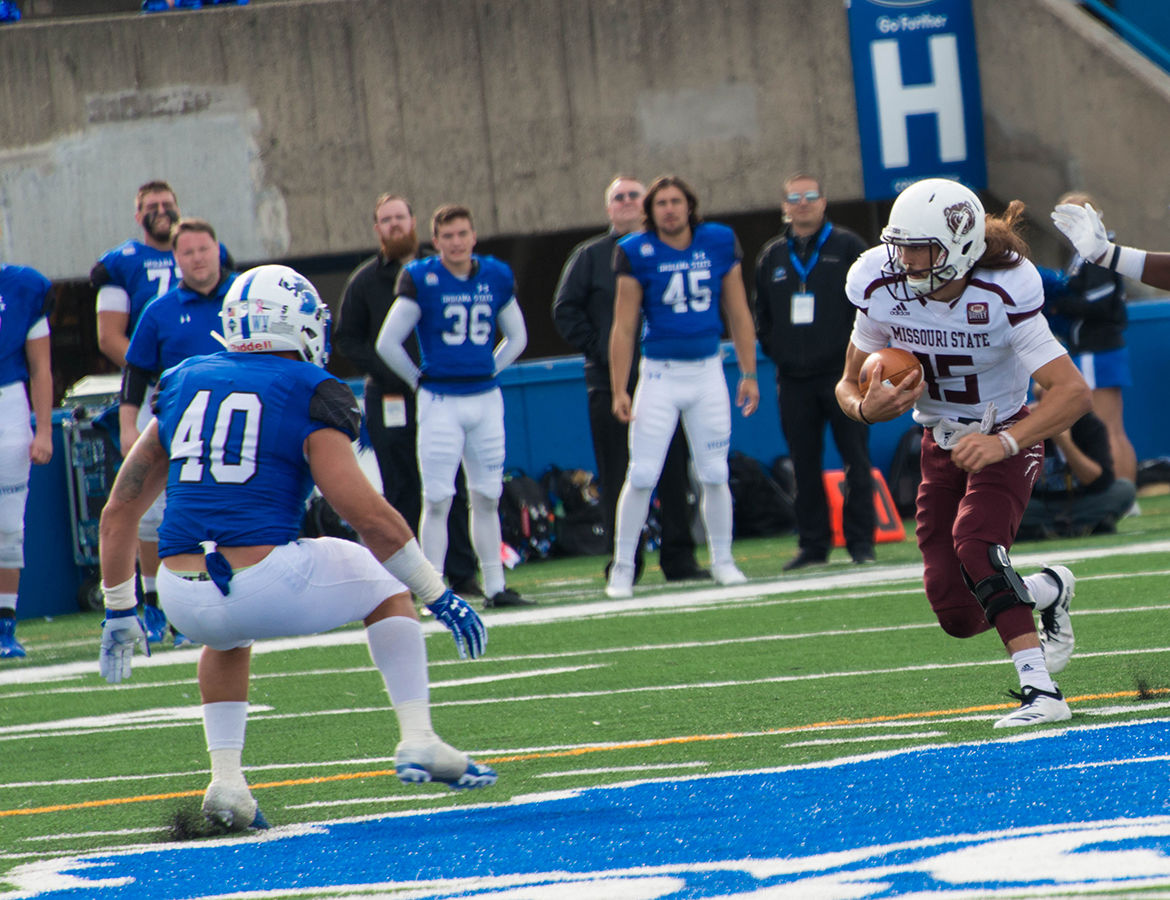 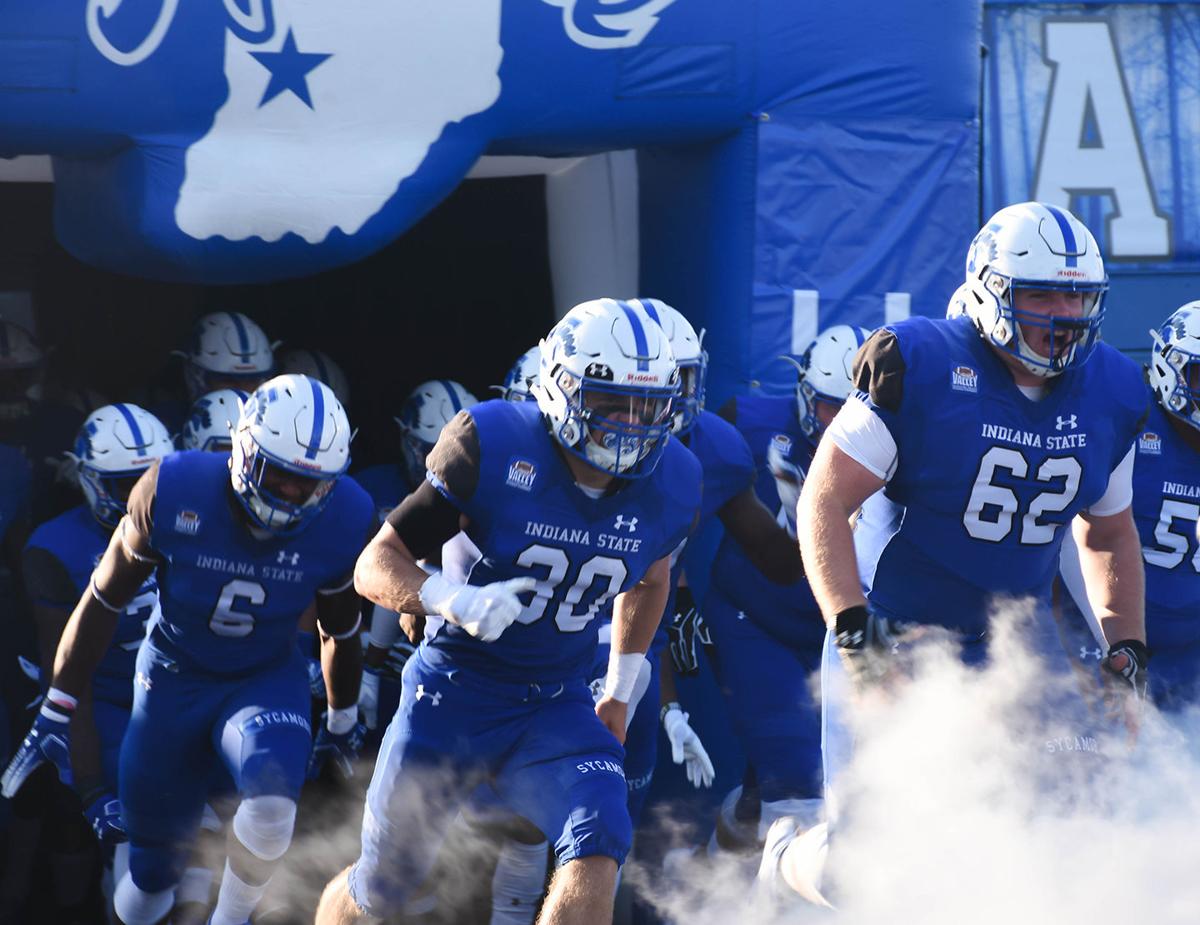 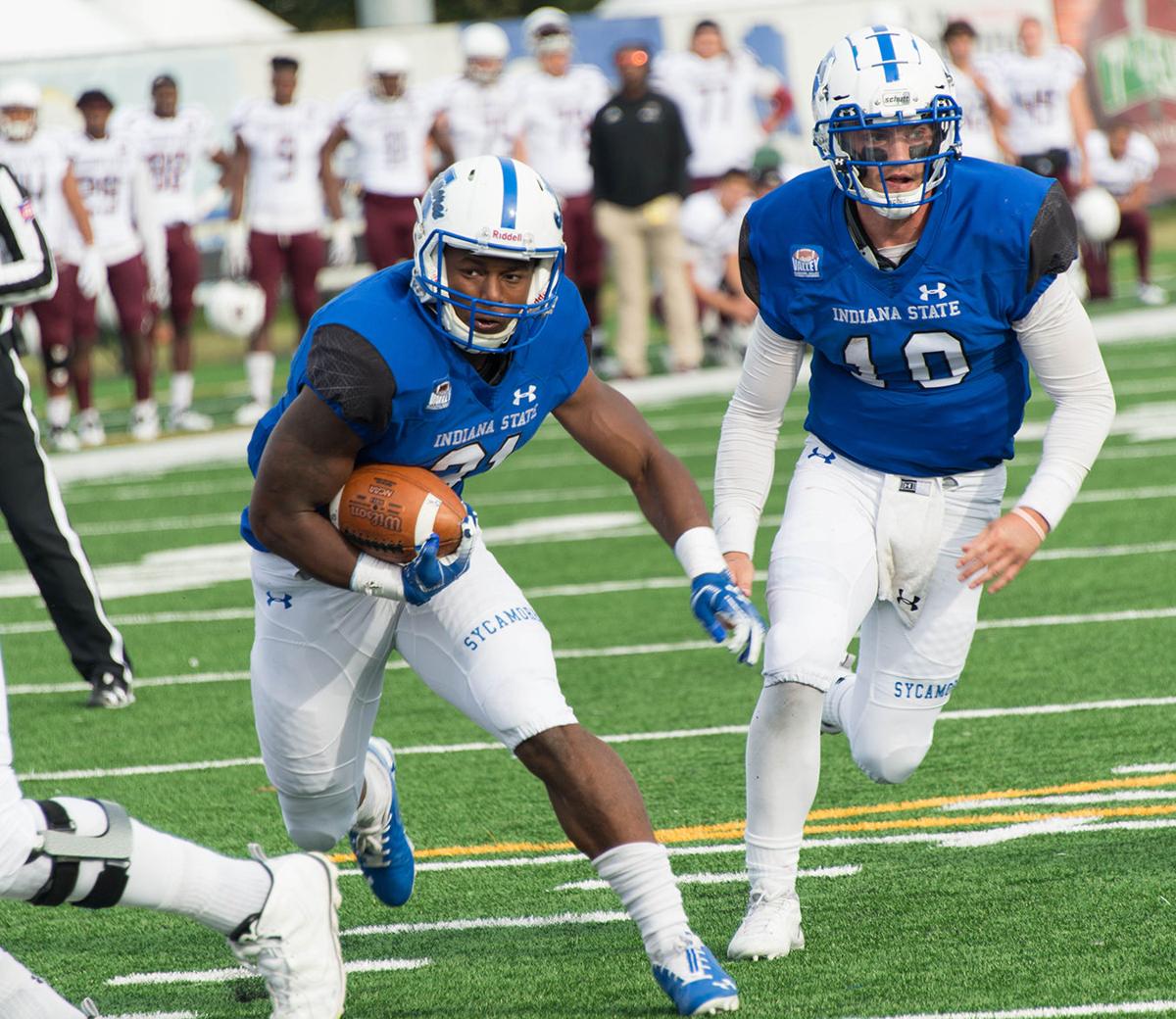 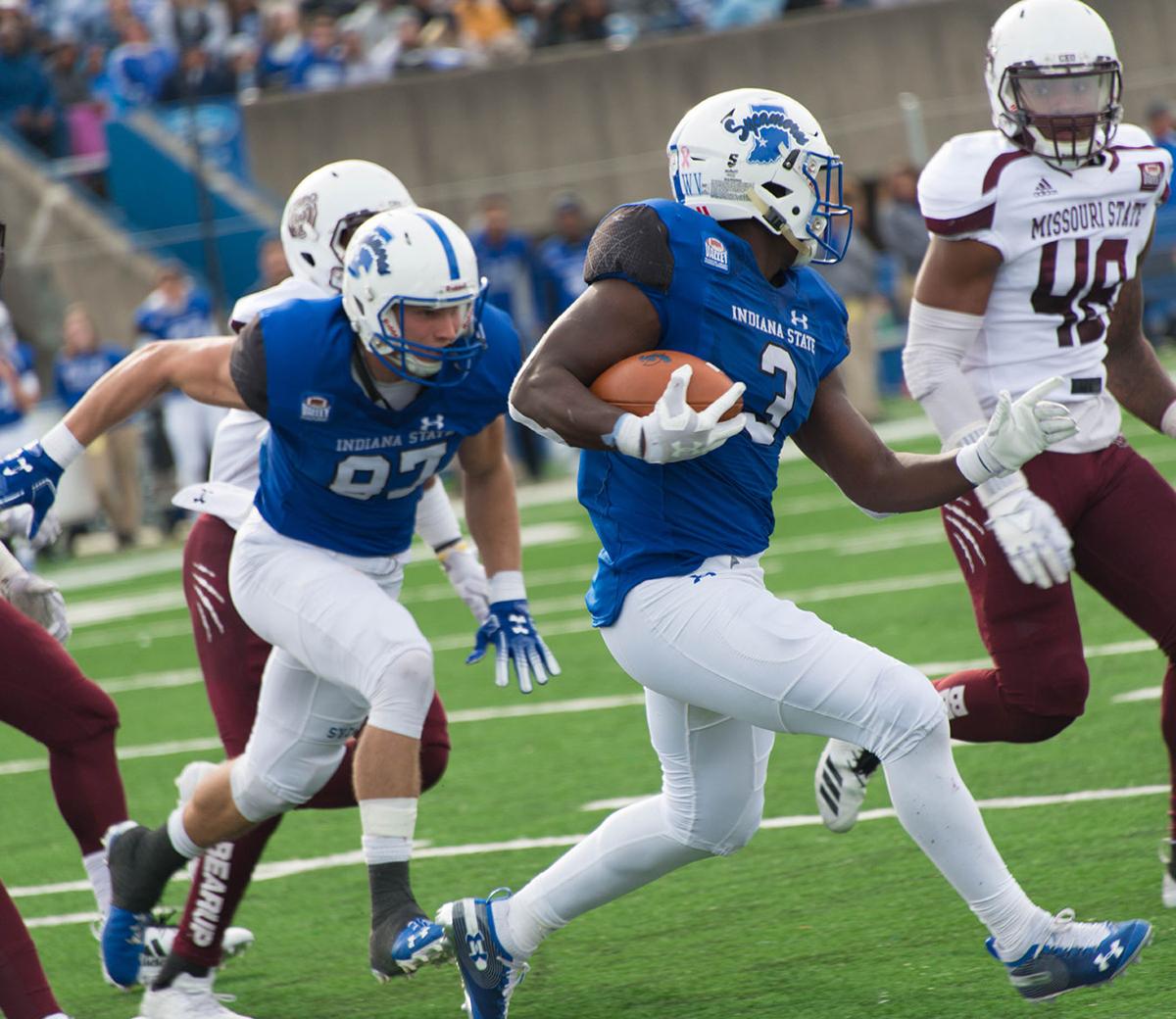 Kicker Jerry Nunez kicks off to start the game.

Fans in the risers show their Sycamore pride with a giant Forest flag.

Rontrez Morgan keeps his eye on the opponent.

Tight End Henry Woodcock and Running Back Titus McCoy celebrate on the sidelines.

Finishing the 2017 campaign with an 0-11 record, the Sycamores, under first-year Head Coach Curt Mallory, would not let history repeat itself going into 2018, accumulating a record of 7-4, with five of those wins coming within the Missouri Valley Conference.

Indiana State opened their 2018 season in Terre Haute with a 49-0 victory over the Quincy University Hawks, and followed that performance with a heartbreaking 31-7 defeat in an away bout with the Louisville Cardinals in week two.

Through the halfway point in the season, ISU seemed destined for a repeat of their prior season’s woes as they sat with a 2-6 record. However, the Sycamores would go on to win their final five conference games of the season — their longest such streak since 2012 — and finish third in the Missouri Valley Conference.

Mallory’s efforts in turning the football team around earned him the Missouri Valley Conference 2018 Coach of the Year award, on top of a two-year contract extension that keeps him as the team’s head signal-caller through 2023.

It is black history month and black students have been excited ever since the Black History Month Kick-off which was held on Feb. 3. The black community within Indiana State University have been looking forward to the events that are planned throughout this month, including Hiplet.

Sycamore SafeZone Level 1 was on Jan. 5 on the 7th Floor in the Hulman Memorial Student Union where Grayson Purtlebaugh, facilitator of Safe Zone, talked about the do’s and don’ts while communicating with transsexual people.

An Open Discussion on the Murder of Matt Leucking

Over the past decade, ISU has worked towards creating a sustainable campus. The Office of Sustainability seeks to promote environmental responsibility, as well as social equity in the community.

Isaaiel Collins-Jones sits down with two representatives from the career center to talk about their upcoming events for students!

Hailey Turner sits down with Dr. Amy Ash, the director of creative writing, to talk about Allusions.