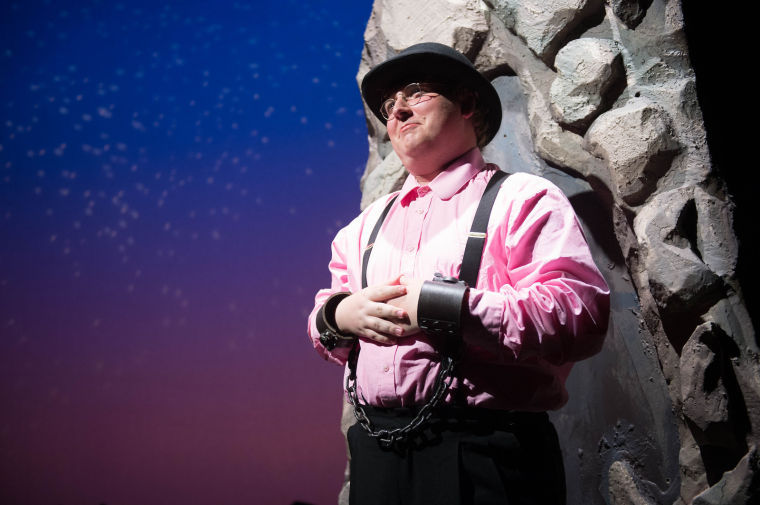 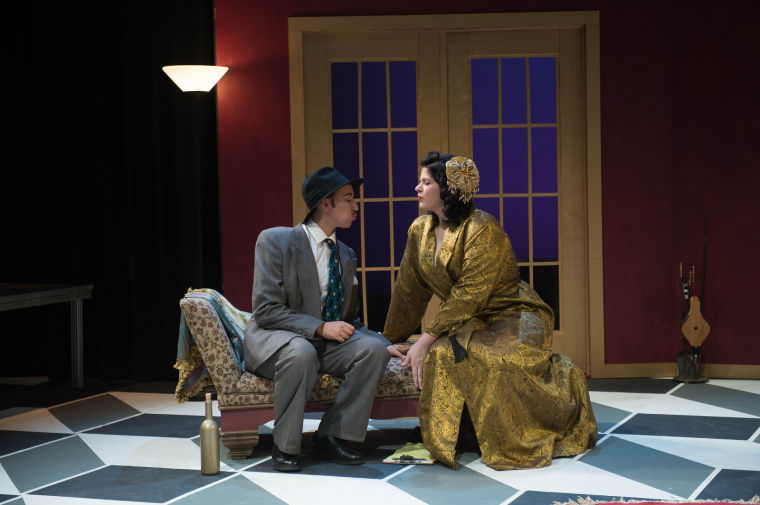 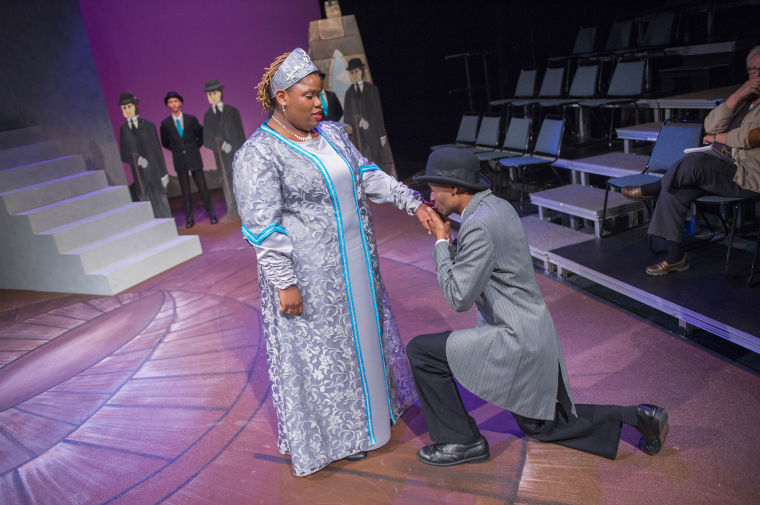 "Life is a Dream" centers around the conflict between fate and free will. 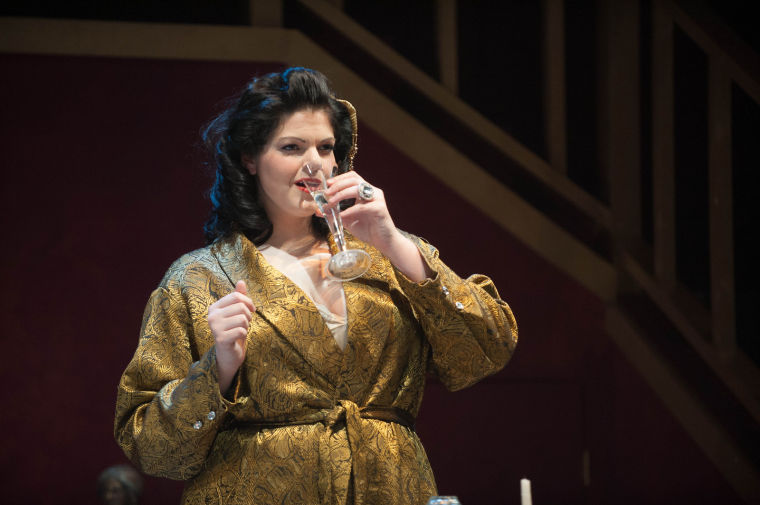 "Life is a Dream" centers around the conflict between fate and free will.

Indiana State University has been the host of an eclectic and entertaining variety of theatrical productions in 2013-2014. Colorful musicals, classical dramas, contemporary pieces and even plays written and directed by Sycamores all graced the ISU stages. Each performance was exceptional in its own way and pleased not only the audience, but those involved in the productions, too.

The theatrical season kicked off in October with “Life is a Dream,” a classic drama originally written in the seventeenth century by Pedro Calderón de la Barca. Performed in the New Theater, the story followed the journey Seigismund, played by Dylan Gentilcore, a prince locked away by his father because he was prophesized to ruin the kingdom. While a classical piece, the play was given a modernist twist. Instead of period costumes, many of the actors wore contemporary clothes and the set was rather minimalist. These design choices made the dated production intriguingly relevant.

“‘Life is a Dream’ was like a dream for me,” said Gentilcore, a junior majoring in theater. “Every rehearsal was a new challenge, and I continued to learn each and every night, including our final performance. The piece itself is terrific and working with the cast and crew was a joy.”

New Theater also housed a play written and directed by two Sycamores -- Josh Julian and Trever Hanson, respectively. “Vivian’s Lament” made its world debut in February to a full house of eager audience members. The play’s main character, Vivian Tenderhorn, played by Jessica Hall, an arrogant woman recently married into the aristocracy, is hosting a dinner party. However, the guests aren’t showing up, her husband is philandering with the pool boy, and her arch adversary has stopped by for a visit. The production was campy, dark and funny and as the story progressed, the dilemmas grew increasingly more dramatic. The play had great plot twists and acting performances. Hall’s portrayal as Vivian was vivacious and even a bit intimidating, while Ylana Aukamp triumphed as Vivian’s nemesis Sally.

“‘Vivian’s Lament’ was a pure blast!” said Aukamp, another junior theater major. “I’ve never done a comedy before so it was new territory for me, which made the experience a little nerve-wracking, but the cast and crew did a great job at making me feel comfortable.”

Just as some productions seek to entertain, others seek to inform. Two productions in March honed in on an important social issue – women’s rights. “The Vagina Monologues” and “A Memory, A Monologue, a Rant and a Prayer,” sponsored by the Feminist Majority and the Office of Diversity, were performed together in the African Student Union. Both plays raised money through ticket sales for the Council on Domestic Abuse and V-Day.

“V-day is a global campaign to educate and put an end to violence against women and girls,” said Markanda Baugh, a freshman social working major and actress in “The Vagina Monologues.”

Both plays were penned by Eve Ensler, a popular feminist writer, and performed by Indiana State students. Rather than a cohesive narrative, both plays were a series of monologues with individualized focuses such as love, abuse, self-esteem, sex and, of course, vaginas. There were no props or music, but the performers didn’t need them to enthrall the audience with their passionate deliveries. The spectrum of emotions that the two plays presented were unmatched by any other production at Indiana State this year.

“There is just something so magical about getting on stage and making people laugh … or feel emotions,” Baugh said. “I feel like [theater] is an expression of feelings, just like art.”

While most productions this year were directed and produced by faculty and students, there were also professional shows. As a part of Indiana State’s Performing Arts series, a group of performers came to Tilson Auditorium to delight audiences with their rendition of “Smokey Joe’s Cafe.” The musical is a collection of unrelated songs written by Jerry Leiber and Mike Stoller, with no exposition or established characters. This concept may be unusual, but the musical is critically claimed and has been nominated for seven Tony Awards. “Smokey Joe’s Cafe” featured classic songs such as “Love Potion Number Nine,” “Stand by Me” and “Hound Dog,” sung by truly talented vocalists. The show was also interactive, with the performers often dancing or singing with audience members. One man was brought up on stage and asked to sit in a chair while one of the female performers sang to him.

The theater department wrapped up its season with “The Mystery of Edwin Drood,” an interactive musical mystery in which the audience chose the ending. The play is based off a mystery novel of the same name by Charles Dickens. Dickens died before finishing the manuscript, so the villain behind the disappearance of its titular character was never unmasked. More than 100 years later, playwright Rupert Holmes decided to base a play off the story in which the audience could choose the “killer,” the detective and the couple who eloped. The play had some truly notable performances, with Charles Adams delivering a splendid performance as the Chairman of the Board, a man who acted as a sort of narrator for the show. Great singing talent was also featured by Abby Cunning, who played Edwin Drood, and Mackenzie Tank, who played Drood’s childhood friend. The interactivity of the production and the enthusiasm of the actors kept the play engaging enough to satisfy the audience’s hunger for entertainment, and the visual elements of the musical were nothing less than superb.

Technology is a useful tool in the classroom setting - when it works.

The library will be open 24 hours five days a week through study week and finals week. This will allow students an opportunity to study at any hour throughout the duration of finals.