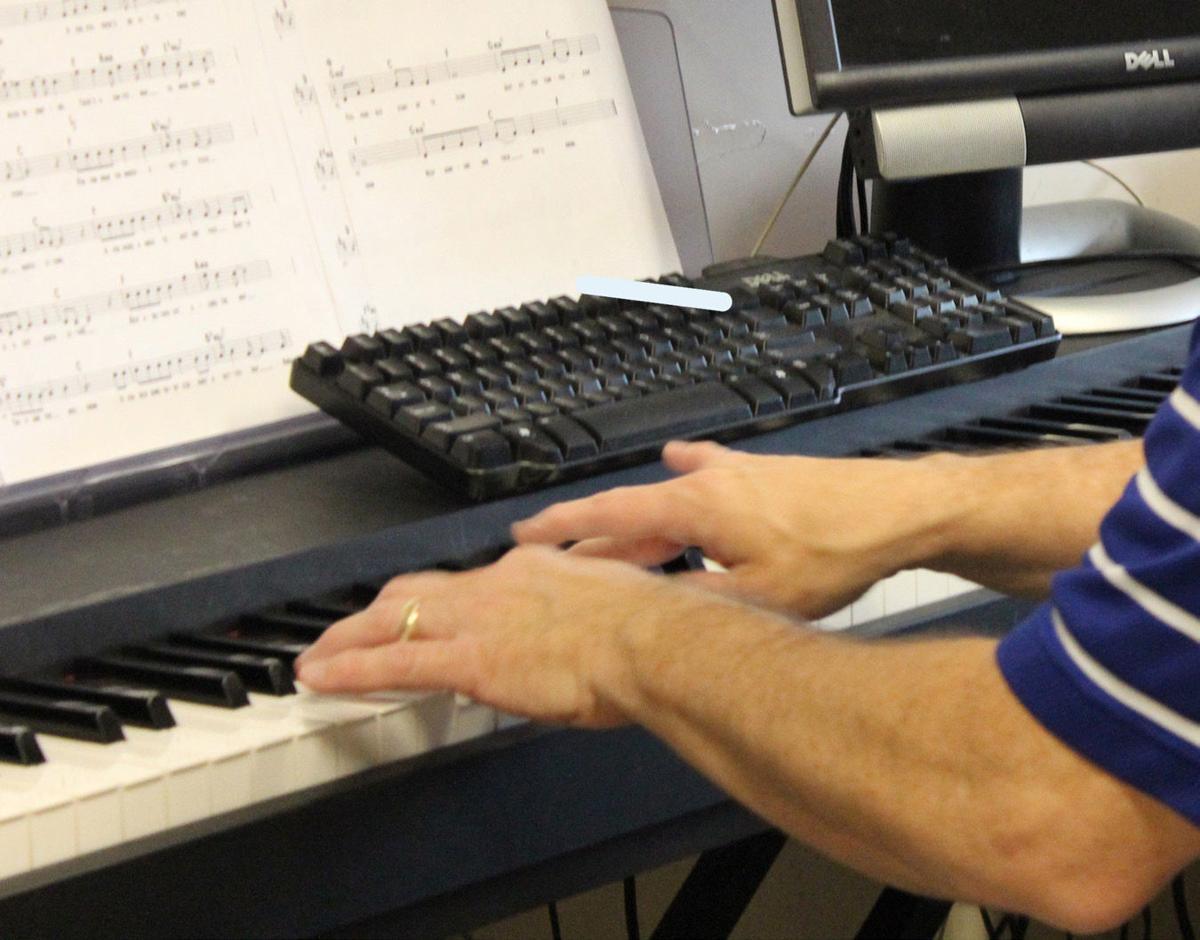 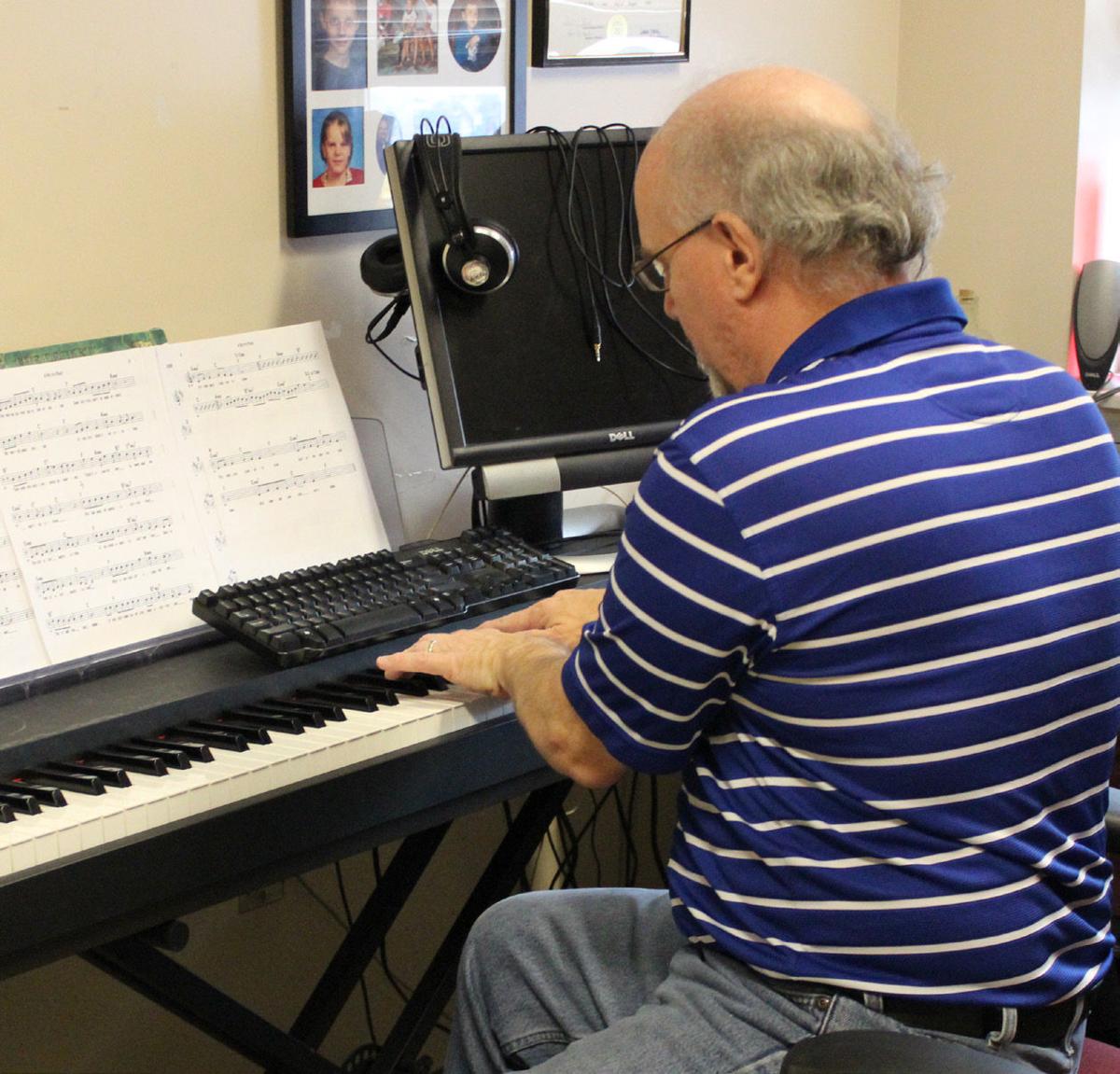 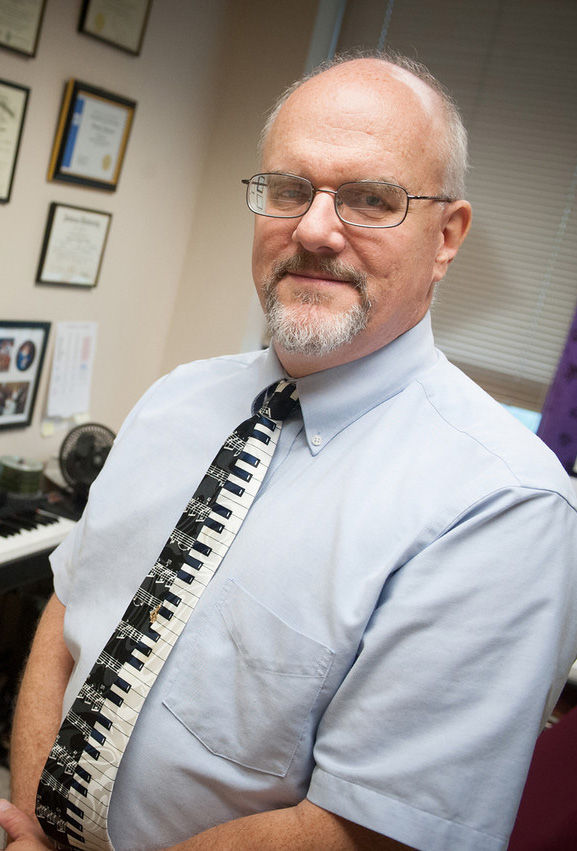 Sheet music, a piano and a desk full of theories and notes are the objects that occupy Professor Thomas Johnson’s office. Since a young age, Johnson has been an avid lover of music and its psychology, and his passion has resulted in a respected career in teaching and composition. His story serves as an inspiration to students who want to follow their dreams.

“I don’t really remember not being into music. (That’s) what we did back in the day,” Johnson said. His father was a musician whose band toured with Elvis Presley.

Growing up with musicians surrounding his dinner table left an impact on him. He started playing the trumpet in the fifth grade, and what began as a hobby became a lifetime skill.

When Johnson went to college, he decided to join a band. He enrolled in the composition department of the University of Wisconsin with the intent to make money with his band while studying musical composition.

However, he found that his band was distracting from his education and not making much money. He decided to switch his major to clinical psychology in order to have a reliable day job.

After graduating, Johnson accepted a position as a psychology professor at Indiana State. “What was going to be my sideline ended up being my main thing,” he said of teaching psychology.

Johnson recently received an opportunity to teach a course on the psychology of music, which connects his interests in psychology and music. The course is entitled “Sex, Drugs and Rock n Roll: Music and Drug Subcultures in the U.S. and U.K.”

“A lot of my research was on college student drinking and other types of substance use and other social factors that influence substance use,” Johnson said. “(I) get to talk about music and why, (and) what’s with the drug use behind it. ...

“I think one of the things that makes music so universal is (that) it’s multifunctional. It can do so many things for so many different people,” Johnson said.

Johnson continues to make time for his passion of music and composition, and he has experienced some success in music.

On Oct. 26, he was named a finalist in the University of Wisconsin River Falls composition workshop competition for his composition, “Four Cartoons for Woodwind Quintet.”

Four other finalists in the competition were professors in the field of composition, so Johnson was pleased to be named a finalist.

“One of the great things about music, (is that) it’s kind of like psychology. … Psychology is so broad, you can have a psychology about almost anything,” Johnson said. “(Music) is similar because there’s so many ways it can touch our lives.”

With 2020 being an election year, students are likely to get involved in the debate over who should be the next president.

Stress is a college student’s worst enemy. Homework can pile up in the blink of an eye, leaving students to spend hours studying rather than practicing self care. Luckily, there is a cheap remedy for the stresses of college: exercise.